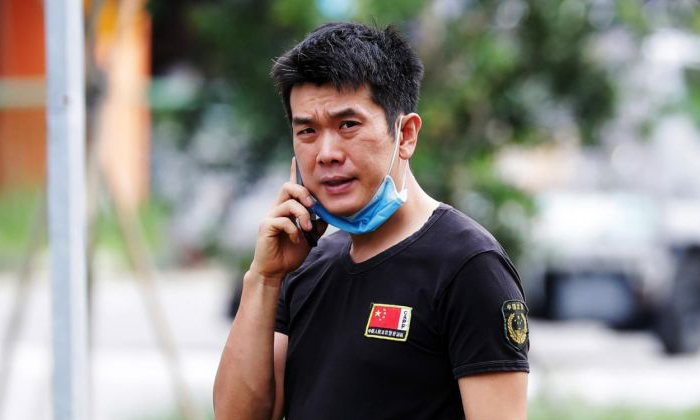 Amid the Covid-19 outbreak, a restaurant owner unlawfully supplied alcoholic drinks and allowed 10 people to sit at the same table in the wee hours last September.

At least six other people were sitting together at another table in the restaurant, which had its shutters closed, the court heard.

Covid-19 restrictions at the time allowed a maximum of five people to gather.

Chinese national Sun Wenqian, now 39, was fined $9,000 on Thursday (July 15) after he admitted to supplying alcoholic drinks at the Sims Avenue restaurant, even though he was not licensed to do so.

The Singapore permanent resident also admitted to an offence under the Covid-19 (Temporary Measures) Act.

At around 11.45pm on Sept 19 last year, an unknown man called the police saying there were many people inside the Mala Jiang Hu restaurant and that they were not practising social distancing.

Senior Staff Sergeant Loi Jun Feng and two of his colleagues arrived at the eatery at around 2.15am the next day and found its shutters closed.

Deputy Public Prosecutor Joshua Phang said: "Loi and the accompanying officers then entered the restaurant to conduct a check and found two rooms within the restaurant with patrons inside, eating and drinking.

The DPP said that Sun had instructed his staff to sell alcoholic drinks to customers even though he did not have the necessary licence.

On Thursday, the prosecutor urged the court to sentence Sun to a fine of $10,000, stressing that the breaches were concealed and difficult to detect.

DPP Phang said: "Despite being the restaurant owner and bearing the responsibility to prevent such breaches, the accused failed to ensure that no more than five guests would gather at one time in each room."