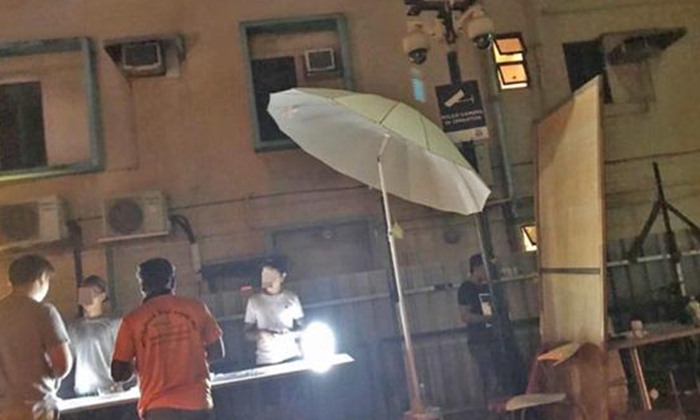 A gambling stall in Lorong 14 Geylang opened up for business again — less than an hour after a Police raid.

A reader told Lianhe Wanbao that a group of plainclothes officers had conducted a raid on Tuesday (Oct 31).

The reader, Mr Huang, 45, said that the officers had surrounded an alley on both ends in a sudden raid.

Many people in the alley were caught unaware and attempted to escape, causing panic.

After a series of pursues, the Police arrested the patrons and the stall operators.

“I was passing by at around 10pm, and the Police already had the entire alley on lockdown.

“They even confiscated all the gambling props, tables, and even the umbrellas.

“All the people were escorted away at around 11pm.”

Reporters visited the scene at around 11.45pm after getting alerted by Mr Huang and discovered that a new stall had sprung up.

Already more than 10 customers had gathered.

The reporters also noticed that several people on ‘lookouts’.

Mr Huang revealed that gambling activities were rampant in the back alleys of Geylang despite crackdowns by the Police.

“They are very daring.

“As soon as the officers leave, they will set up a new stall immediately.

“There seems to be no end to them.”

In response to media queries, a Police spokesman said that the Police conducted a raid on Sunday (Oct 29) and Tuesday (Oct 31).

A total of 49 people were arrested for offences such as breaching the Common Gaming Houses Act, immigration laws, or being involved in gang-related activities.