Residents pull huge python out of drain at Boon Lay 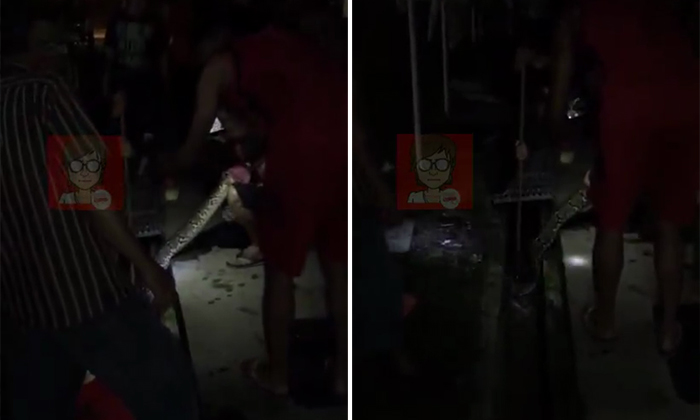 When a huge python was spotted, a group of Boon Lay residents took things into their own hands -- literally.

In a video uploaded on Facebook page Fabrications of the PAP, a group of residents can be seen huddling around a drain, which is stated to be at Block 187 Boon Lay Avenue.

A man is sitting by the side of the drain, holding what appears to be the python’s body. There appears to be another person holding a stick and holding the snake down in the drain.

A man can be heard saying that the snake is two metres long.

Acres wrote in a Facebook post that the incident took place on Mar 8, and the reticulated python was found dead upon rescue.

According to Acres, the residents had used slotted angles to restrain the snake.

Acres explained that pythons usually appear when rats are present, and are shy towards humans. They appealed for members of the public to not panic when they saw a snake, and to instead leave them alone as inappropriate handling and restraint often results in the deaths of the snakes.