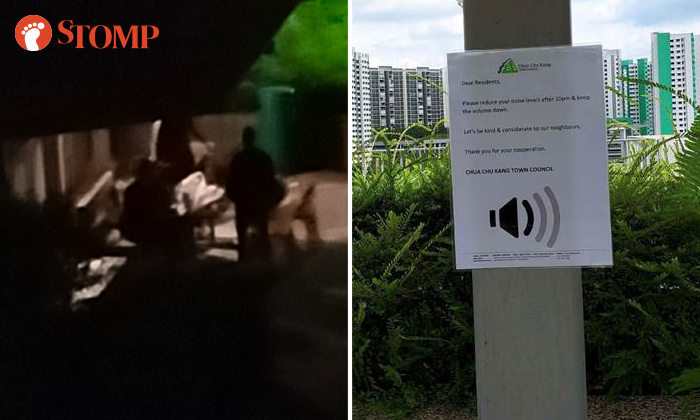 Home should be a safe and quiet sanctuary where you can rest and recharge.

Unfortunately, that has not been the case for residents in the vicinity of the multi-storey carpark and rooftop at Block 810 Choa Chu Kang Avenue 7, where noisy group gatherings are often held late into the night.

Stomper AngryMan said the gatherings have been happening thrice a week for at least one year, with youths creating a ruckus.

He shared photos showing a group congregating at the rooftop garden on Nov 30, at around 3am.

AngryMan told Stomp: "This has been happening for quite awhile, with groups of teens being a nuisance, shouting and talking loudly at around 3am.

"It's frustrating for residents who are trying to get some sleep before work the next early morning. I have work at 7am, but the noise of shouting and laughter makes it hard to sleep well."

The Stomper said he reported the issue to authorities a year ago, but nothing has improved.

He added: "Once, I called the police and was informed that they would monitor the situation.

"I hope Stomp can share this as it will be a great help to let the public and authorities know what is going on.

"The rooftop garden should be closed from 12am to 6am and the authorities should take action against those being a nuisance."

In response to a Stomp query, Choa Chu Kang Town Council said it is aware of the issue of "noise arising from this location due to late-night gatherings". 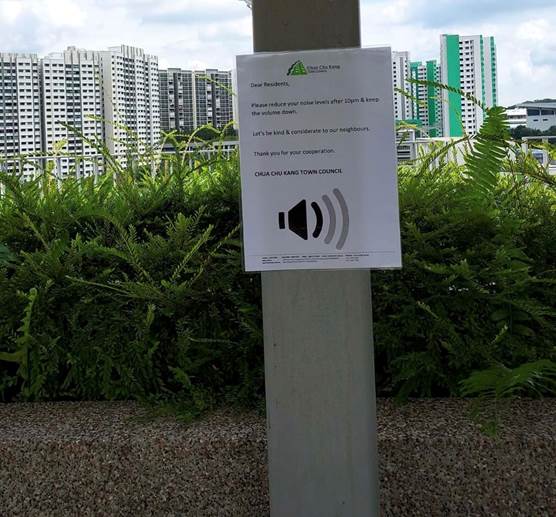 A spokesman added: "We have put up notices around the rooftop garden and Block 810 to seek the cooperation of the public and residents to keep their volume down after 10pm.

"Our officers are also working closely with the relevant authorities to ensure that the guideline is being adhered to.

"We would like to take this opportunity to remind all users to be considerate and to keep the noise down, especially late at night, so as to maintain a harmonious and peaceful neighbourhood for the residents."