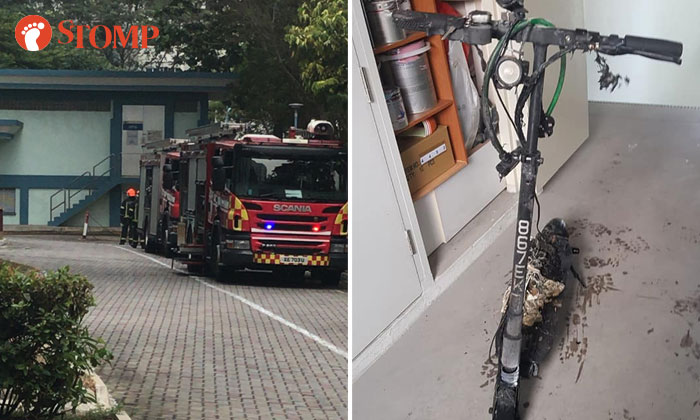 A resident was taken to hospital after a fire broke out in his home at Block 120B Rivervale Drive on Friday (Sep 13).

Stomper Kayva alerted Stomp to the incident and shared a photo she took of fire engines arriving at the block.

"We rushed down at about 4.10pm after we were alerted to the fire by our neighbours," said Kayva, who lives on the 14th floor.

"We could see smoke coming out of the windows of the unit on the 11th floor.

"I have a baby so we came down early."

The Singapore Civil Defence Force (SCDF) said in a Facebook post that it responded to the fire at about 4.11pm.

The statement said the fire involved the contents of the bedroom and was extinguished prior to SCDF's arrival by the owner using buckets of water.

"The owner was conveyed to Singapore General Hospital for smoke inhalation," said SCDF.

"Preliminary investigation into the cause of the fire indicates that it was of electrical origin from a Personal Mobility Device (PMD), which was charging at the time of the fire." 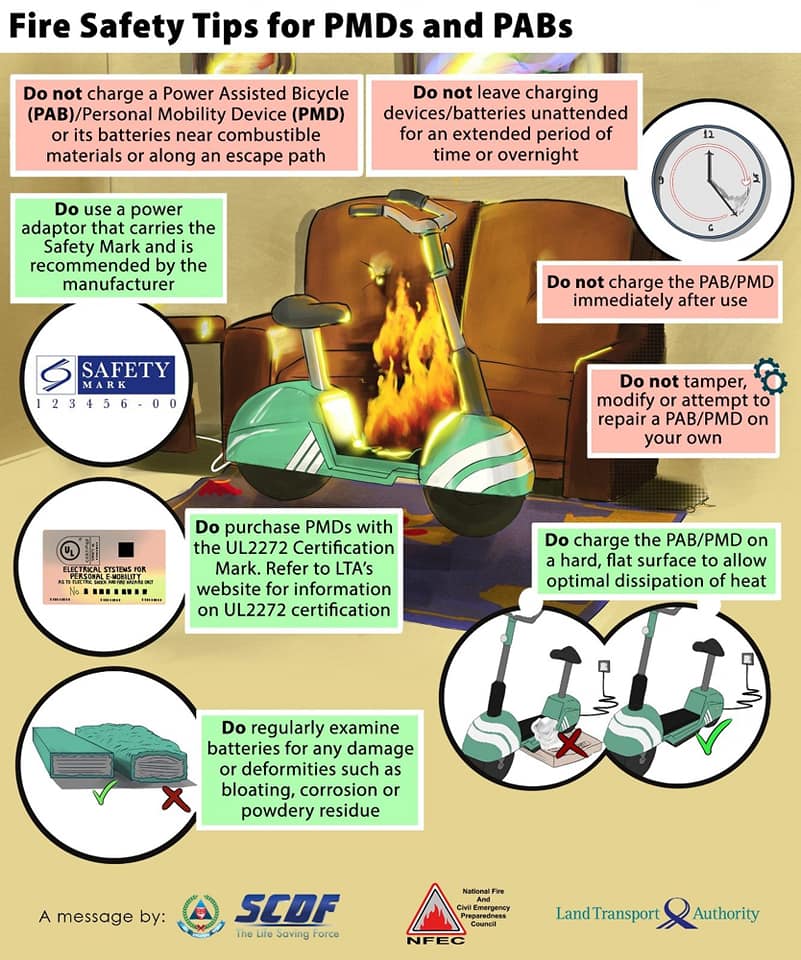