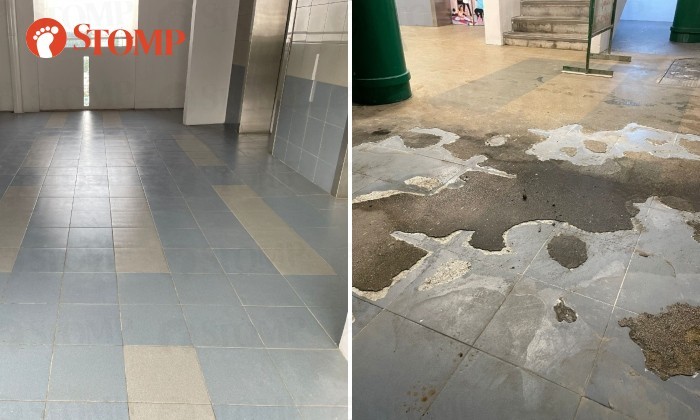 He was floored by the painting.

When an HDB resident learnt that the floor tiles in the corridor and lift lobby of his block would be painted over, he felt it was unnecessary as the tiles were in "perfectly good condition".

He added that the same thing was done to the ground-floor lift lobby a few years ago and it became an eyesore after the paint peeled off.

The town council explained that the paint was a primer and a coating would be applied to prevent peeling.

"I noticed that workers were painting the floor tiles of the corridors and lift lobby," said the Stomper, who shared photos of the floor outside his home. 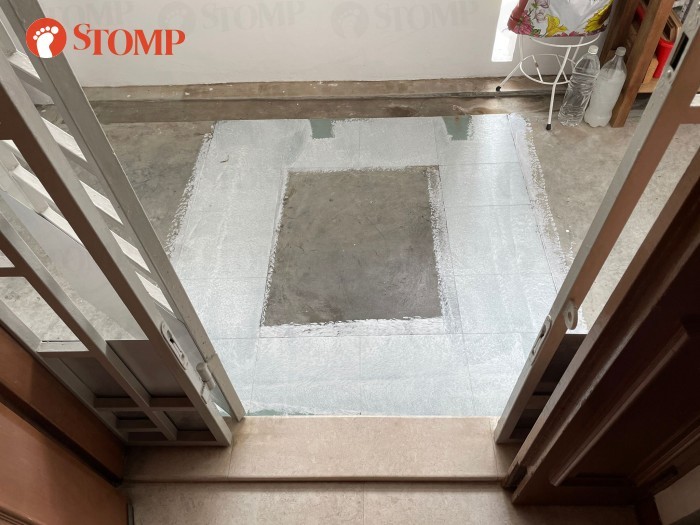 "I live on a high floor. I understand from the workers that the town council wanted to put a layer of sandy paint on top of the tiles.

"The floor tiles at the lift lobby are in perfectly good condition. There was no reason to put a layer of sandy paint on top." 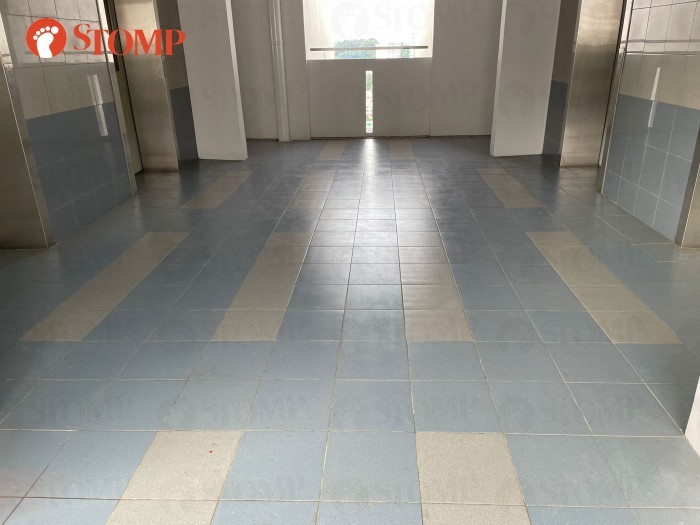 He added: "They have already done that on the ground floor a few years ago. The paint has now peeled off and has become an ugly sight. 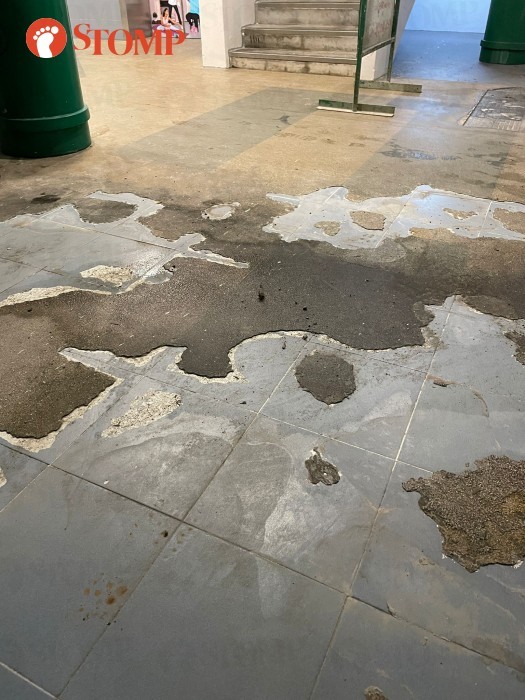 "I can understand if they want to do that on the ground floor to make it not so slippery. However, for the second storey and above, the foot traffic is low. Only the residents of the few units on that floor use the lift lobby.

"The tiles are not that slippery in the first place even when it is wet. When HDB built the block, they have already considered that and ensured it is safe."

In response to a Stomp query, the Tanjong Pagar Town Council said: "We would like to explain to the resident that the white colour primer along the corridor is for the application of the acrylic polymer cementitious coating, a cement coating, over the tiled area outside his unit.

"In addition, the tiled area outside the lift lobby will also be applied with epoxy coating as it has anti-slip properties.

"Also, as part of the ongoing Repair & Redecoration work, we will apply a proper primer coating to provide bonding to the existing floor finishes as this will prevent peeling."