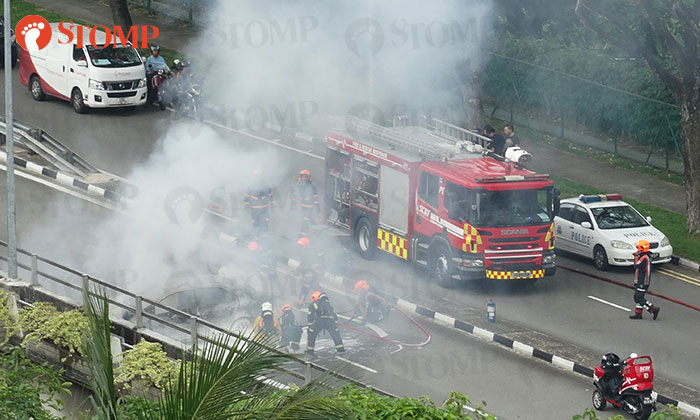 Stomper Jinn was near Jurong Canal Drive on Monday (Jan 22) at around 4pm when he saw a car on fire.

He quickly took some photos and a video and sent it to Stomp.

In the video,  a grey car was spotted in flames, with thick billows of black smoke emerging from the charred wreckage.

Officers from the Singapore Civil Defence Force (SCDF) could also be seen, attempting to put the fire out.

“The car was already on fire when I saw it.

“I was worried about the safety of the driver after seeing the fire.

“However, the SCDF arrived quite fast.”

In response to Stomp, an SCDF spokesman said:

“SCDF was alerted to the incident at 3.40pm.

“The fire was extinguished using a compressed air foam backpack. No injuries were reported.”