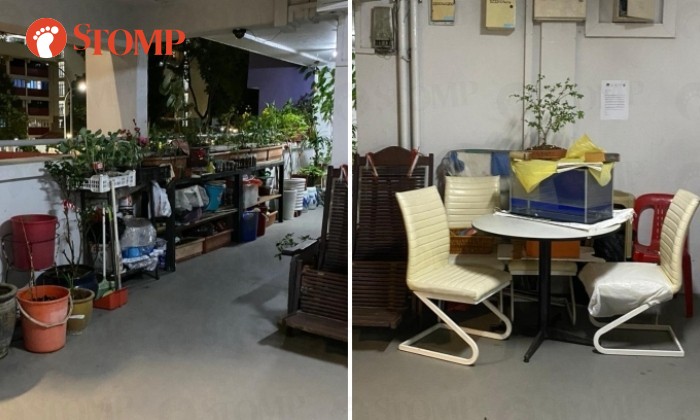 When Stomper Boylson saw that his neighbour had cluttered the corridor at Block 14 Saint George's Road with her items, he believed that she took her 'kampung spirit' a bit too far.

Boylson shared that while this has been happening for years, he only took photos of the clutter on Oct 27. 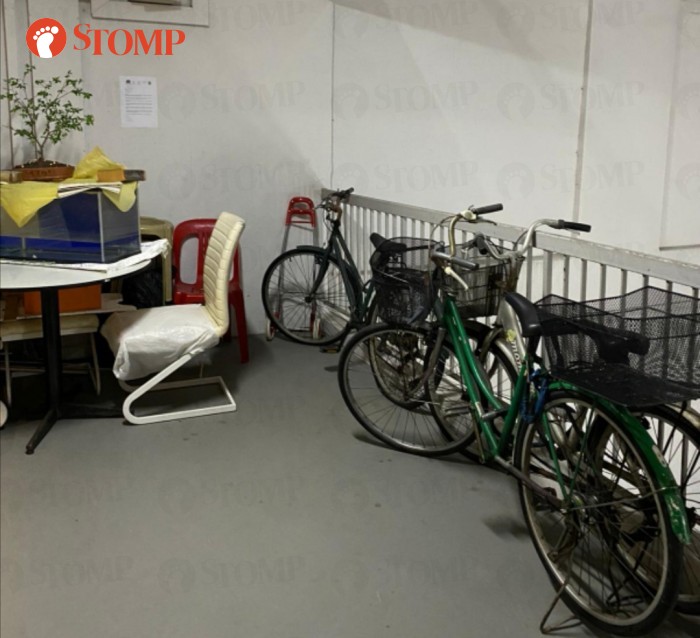 In the photos, pots, plants and bicycles can be seen in the common area.

The resident also made the corridor into her own outdoor patio with a table and chairs.

"This resident has been occupying the common area and the corridor with her items. There's a table, a fish tank and way too many plants," Boylson said.

"She might have gone too far with her kampung spirit. There are also containers of sand that she has collected from around the neighbourhood and also a pail of rotten eggs that she uses to fertilise her plants.

"She also placed plants on the parapet wall, which can be dangerous.

Boylson added that he spotted a notice being put up by Jalan Besar Town Council on Oct 13 to remind residents not to clutter the corridor.

In response to a Stomp query, a spokesman for Jalan Besar Town Council said: "The tables, chairs and other items placed near the staircase were cleared on Tuesday morning (Nov 10)."

The spokesman added that the town council officers did not find any "pail of rotten eggs" during their visit.

"We will continue to engage the elderly resident and render assistance to help her remove the other items placed along the common corridor," said the spokesman.