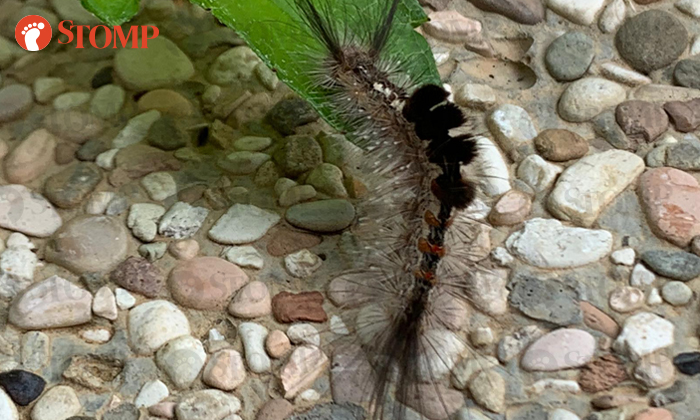 What Stomper Spiderzan initially thought were snails at a rooftop garden in Taman Jurong turned out to be bizarre-looking creatures that looked like they had 'spines' on their bodies.

Spiderzan said he first noticed the creepy-crawlies at Yung Ho Spring I in Corporation Drive on Sunday (Nov 10), at around 9.35am.

"I thought they were snails at first until I went closer. At first, I only saw one insect but realised that there were a few of them.

"I also thought they were dead but when I used to a stick to nudge them, they were still moving.

"I wonder if they are safe to touch."

The Stomper, who contributed videos of the encounter, felt that the creatures looked "creepy" and went home to do research in hopes of identifying them.

"I realised they are actually the caterpillars of moths," added Spiderzan, who spotted the creatures in the area over the past few days too.

According to online reports, these spiny-looking caterpillars are actually the tussock moths in their larval stage.

They have a distinctive appearance of alternating bristles and haired projections which can cause pain should they come in contact with skin.

Check out more photos in the gallery.