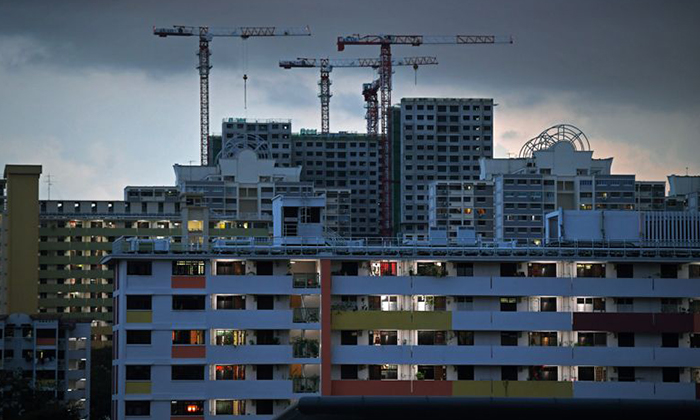 He had a house visit that evening and a resident had given feedback about chairs dragging on the floor in the flat above.

Initially, he thought it was 'another neighbourly dispute' but later found out that the owner had passed on and the flat was unoccupied.

He cited this as an example of how MPs may encounter issues that are 'way beyond their abilities'. 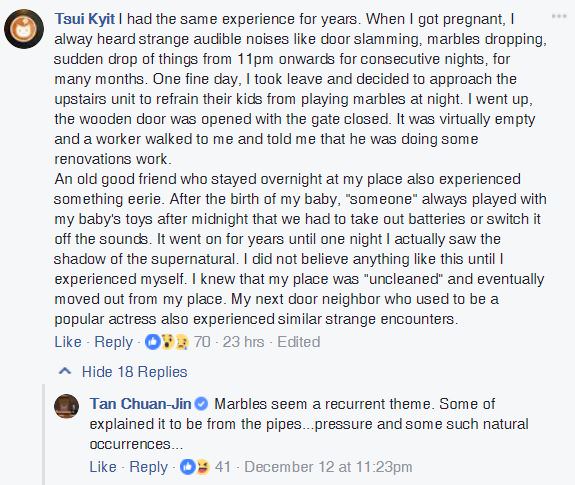 "When I got pregnant, I always heard the strangle audible noises like door slamming, marbles dropping, sudden drop of things from 11pm onwards for consecutive nights, for many months," wrote the Facebook user.

She then decided to tell the kids to refrain from playing marbles, however, when she reached the flat upstairs she found that the flat was empty.

Tsui also added, "After the birth of my baby, "someone" always played with my baby's toys after midnight that we had to take out batteries or switch it off the sounds."

This continued on for years until one day she saw the shadow of the supernatural figure. She eventually moved out, believing that her flat was 'unclean'.

Tan Chuan Jin replied to the comment, saying, "Marbles seem a recurrent theme. Some of explained it to be from the pipes...pressure and some such natural occurrences... (sic)"

Another Facebook user quipped that he should use his Speaker's Seal to 'chase the beings away'.