Resident angry with car constantly blocking her mother's gate: 'I can only go in or out if I'm Ant-Man' 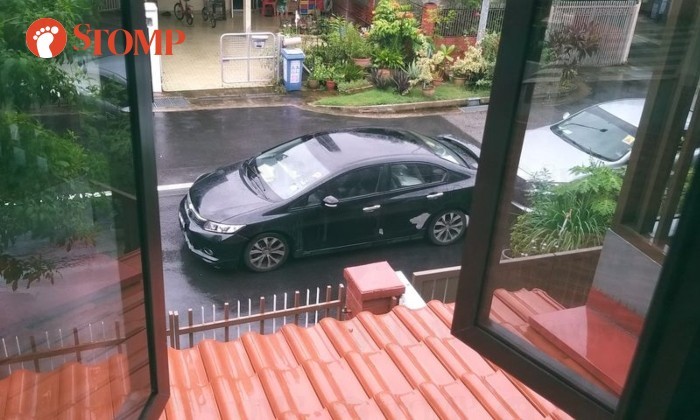 If a car frequently parks outside your house and blocks your gate, would you be angry too?

Stomper Chiang informed Stomp that a car has been frequently parking outside her mother's house and sent a photo that she took of the car on Saturday (Sep 5) at 4.45pm.

The photo was taken at Saint George's Road, near Serangoon Road.

"This selfish person came to visit my mother's neighbour and parked their car in front of my mother's house, blocking the gate," Chiang said.

"This happens all the time. We would often have to sound the horn when we are leaving the house or when we are trying to park the car.

"On Saturday (Sep 5), we returned home and saw the car parked there.

"After we sounded the horn, the driver moved out of the way to let us park.

"After we parked, he returned and parked his car in front of my mother's gate again.

"I know this is a public road but it is so inconsiderate of the driver to block my mother's gate!

"Half of his car blocked my mother's gate, how am I supposed to go out or come in?

"I only can go out and come in if my car changes to Ant-Man's car.

"I understand those with more than one car have no choice but to park outside, but this is too much.

"I believe that my mother's neighbour did not even bother to inform his visitors to not do such things."