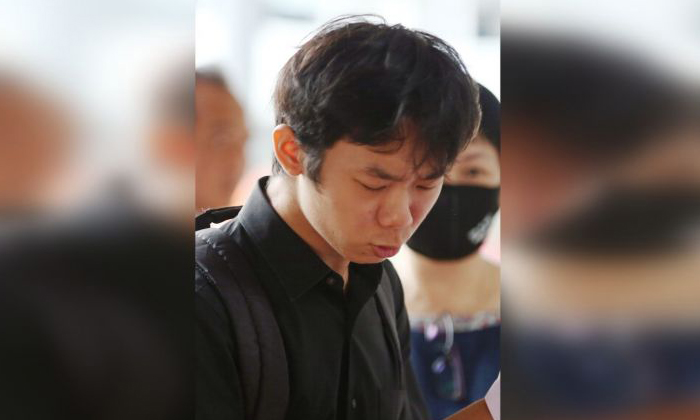 A Republic Polytechnic (RP) student used his mobile phone to record upskirt videos of multiple women at different places including his own school.

Four other charges for similar offences will be taken into consideration during sentencing.

Chee's case is the second reported in The Straits Times this week involving male tertiary students who had unlawfully taken upskirt videos on campus.

Luah, who was expelled by NUS, had targeted his victims at places such as Haw Par Villa MRT station and NUS between April and August last year.

As for Chee, a district court heard that he was on his way to school and at Bukit Batok MRT Station at around 8.30am on July 31, 2018 when he targeted an unidentified woman.

About a month later, while in a bookshop at West Mall shopping centre in Bukit Batok, he committed a similar offence against an unsuspecting victim who was wearing her school uniform.

Deputy Public Prosecutor Lee Jing Yan said that Chee struck again when he was in RP at around 1pm on Nov 19, 2018.

His victim was a 21-year-old woman.

Court documents did not state how his offences came to light but the polytechnic's discipline master notified the police about Chee's behaviour three hours after the incident at his school.

District Judge Seah Chi-Ling has called for a report to assess Chee's suitability for a probation. He will be sentenced on April 22.

In an earlier statement, RP said that Chee had undergone mandatory counselling.

Its spokesman added: "RP takes a strong view against sexual misconduct on campus, and we will not hesitate to take disciplinary action against any student found guilty of misconduct.

"As the offence was committed on campus, we have embarked on internal disciplinary proceedings."

For each count of insulting a woman's modesty, offenders can be jailed for up to a year and fined.