Repeat offender refused to wear mask in City Square Mall, asked police: 'What will you do?' 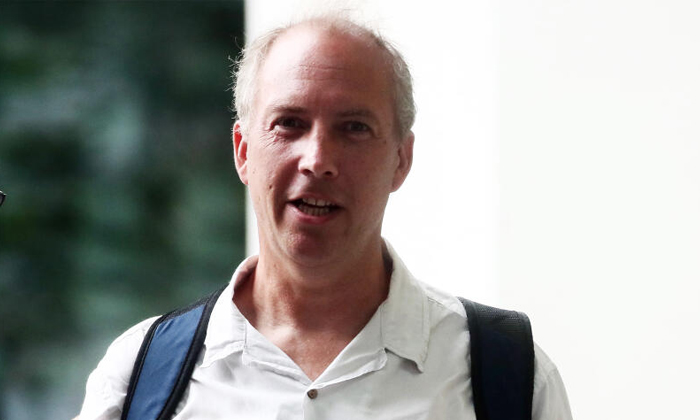 A 55-year-old Briton who repeatedly refused to wear a mask in public when it was mandatory to do so has been fined $8,000 after pleading guilty to one count of breaching Covid-19 regulations.

Mockridge Philip Richard, a Singapore permanent resident, had refused to wear a mask in City Square Mall on May 16 last year.

Two similar charges involving him not wearing a mask on two separate occasions - in Sengkang MRT station in November 2020 and Serangoon MRT station in December that year - were taken into consideration on Thursday (Aug 18) for his sentencing.

The court heard that Mockridge was defiant when police officers approached him in MOS Burger in City Square Mall.

He had his mask pulled down over his chin, even though he was not eating or drinking.

When told to mask up, Mockridge said: "Are you sure about that? I'm not so sure", and asked to see their identification.

He then walked away from the officers, still unmasked, to collect his packed food from the restaurant counter.

One of the officers, Sergeant Shawn Ang Yi Xiang asked if he had an issue with wearing a mask to which Mockridge replied: "Which law are you referring to?"

He then took his mobile phone out and began recording the exchange.

After Sgt Ang read out the law, Mockridge said: "And if I don't, what will you do?"

Sgt Ang then informed him that composition fines were usually given to first- and second-time offenders, while subsequent repeat offenders will be prosecuted in court.

Mockridge then said: "So you're threatening to put me in a cage?"

He maintained that the officer was threatening him and remained unmasked throughout the exchange.

Seeking a $10,000 fine, Deputy Public Prosecutor Wu Yu Jie said Mockridge was unmasked for at least 15 minutes at the mall and had no reason for not wearing one.

"The accused was already being investigated for the two incidents (in 2020). Despite having encountered the police twice for failing to wear a mask, he remained defiant and committed this third breach," he said.

Mockridge said in mitigation that he "was not entirely sure of what the law was".

For each offence of flouting Covid-19 rules, he could have been fined up to $10,000 and jailed for up to six months.