Remember man who boasted about 'having illegal gathering, so what?' So he gets charged in court 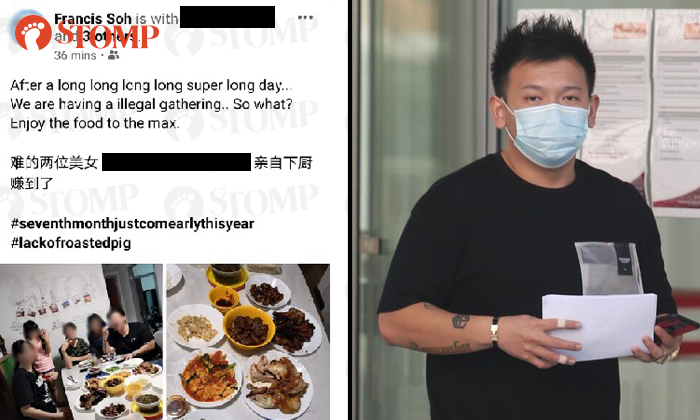 A man who allegedly left his flat to attend a social gathering at a woman's home and bragged about it on social media has been charged in court.

In the Facebook post that tagged four other users, Soh wrote: "After a long long long long super long day... we are having a illegal gathering... so what? Enjoy the food to the max."

The post was accompanied by photos of food and a picture showing five people, including a child, gathered around a dining table.

A user named 'Francis Soh' can also be seen responding to comments on the original Stomp article about the gathering.

In one comment that has since been deleted, the user shared a screenshot that shows him lodging a report against "someone trying to invade my privacy". 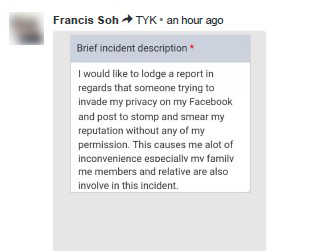 Soh was charged on Friday (May 8) with unlawfully attending a social gathering amid the coronavirus outbreak, an offence under the Covid-19 (Temporary Measures Act) 2020.

According to a statement by MOH, the Singaporean is said to have left his home between 7pm and 8pm on April 8 to meet Ms Lye Bao Ru in a flat at Circuit Road.

The gathering, which lasted around one hour, involved five other individuals from Ms Lye's household. It took place a day after a ban on all social gatherings across different households was announced on April 7.

Soh, who will be back in court on May 20, intends to plead guilty, reports The Straits Times.

In its statement, MOH also said it "will not hesitate to take enforcement action against those who fail to comply with the COVID-19 regulations."