Reformative training for youth who blindfolded and handcuffed girl, 13, in toilet before groping her 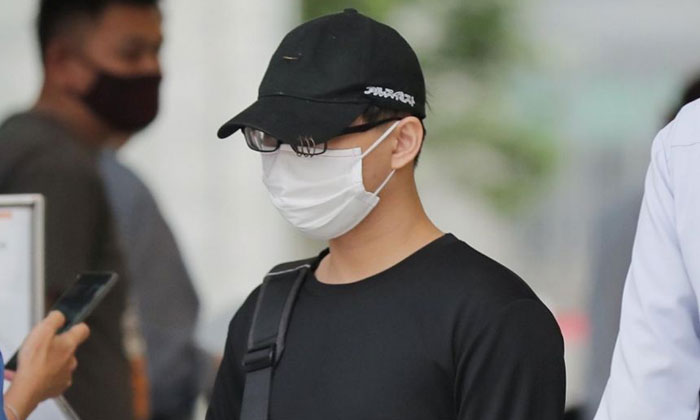 A young man who handcuffed and blindfolded a 13-year-old girl before groping her body in a handicapped toilet was ordered on Thursday (Jan 28) to undergo reformative training for at least six months.

This means that Alaric Lim Qixian, now 21, will be detained in a centre and made to follow a strict regimen that includes foot drills and counselling.

The Singaporean youth pleaded guilty in a district court last September to one count of committing an indecent act on the girl. She cannot be named due to a gag order to protect her identity.

The court heard that Lim met the girl at an event in March 2019 and they began messaging each other on social media platform Instagram.

He had claimed to be a photographer who snapped what he described as "risky" pictures of scantily clad women. He offered to take such photos of her.

But she told Lim she did not dare appear in the nude.

Lim then offered to give the girl a "test run" and suggested they go to a "relatively isolated area" of a shopping mall.

The pair met at Plaza Singapura on May 22, 2019, and they went to a handicapped toilet on the fourth storey of the shopping mall.

Lim then used a black blindfold to cover the girl's eyes and restrained her with a pair of leather handcuffs. He also took out a rope which he used to tie a harness over her clothes.

He started touching the victim's body and withdrew his hands when she told him to stop. The ordeal lasted about 15 minutes and left the girl feeling "shocked and disgusted".

However, she did not shout for help as she was afraid that Lim would harm her.

The girl took a bus home and told her mother what had happened. The girl made a police report on May 23, 2019, the court heard.

Officers arrested Lim later that day and they seized his mobile phone. A forensic examination on the device uncovered two upskirt videos recorded in January 2018.

Lim's bail was set at $15,000 on Thursday and he will surrender himself at the State Courts on March 1 to begin serving his sentence.