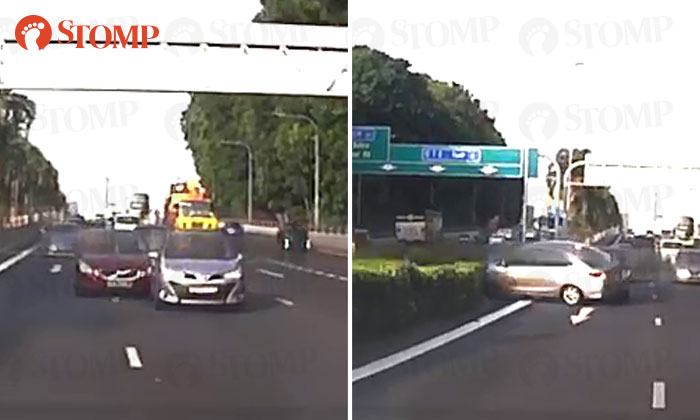 Three cars were involved in an accident along the Pan Island Expressway (PIE) on Mar 11.

Stomper Jason alerted Stomp to the incident and shared footage from his in-car camera that caught the moment of impact.

In the video, a red car in the first lane is seen drifting to its left and hitting another car in the middle lane.

This causes the other car to veer its right and crash into a side railing.

"I noticed this car in my rearview mirror always drifting to the left," said Jason.

"This was happening at least five minutes before the accident happened which was why I was trying to distance myself from it.

"I'm sharing the footage to help the other drivers out as it was not their fault."

In response to a Stomp query, the police said they were alerted to the accident at about 8.24am.