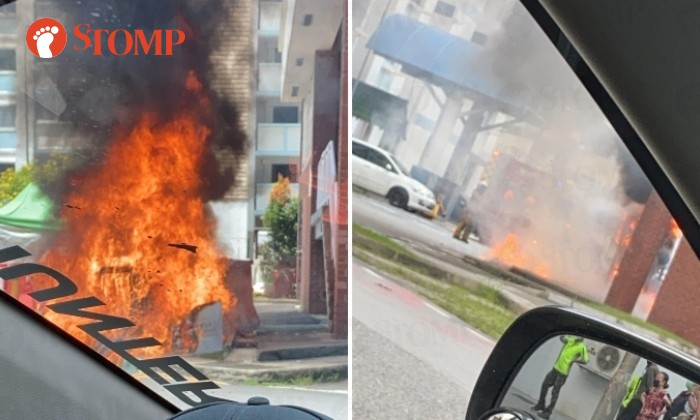 A fire involving a recycling bin and a construction tool broke out at the carpark of Block 314 Bukit Batok Street 32 on Tuesday (Oct 27).

Stomper Muhd was in his vehicle when he saw the fire and sent photos and a video taken from his in-car camera to Stomp.

In the video, black smoke can be seen billowing into the air.

Flames can then be seen engulfing the recycling bin.

"I was in my vehicle when I noticed that the recycling bin had caught fire, so I immediately called the Singapore Civil Defence Force (SCDF)," Muhd said.

In response to a Stomp query, a spokesman for SCDF said they were alerted to the fire at 1.30pm.

"The fire involved a recycling bin and a construction tool," said the spokesman.