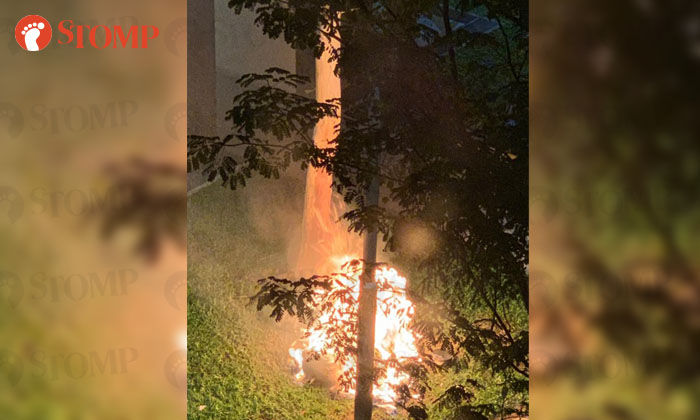 A fire broke out in a recycling bin on the ground floor, near Block 303B Punggol Central, early this morning (Nov 27).

Stomper Lolitta entered her room and saw a bright orange glow through the window of her room at about 1.40am.

She looked out and saw that the recycling bin near the bin centre was on fire.

In response to a Stomp query, the SCDF said: "The SCDF was alerted to a fire at Block 303B Punggol Central at about 1.45am.

The Stomper added that she saw a man trying to put the fire out using a cushion he found at the bin centre.

She said: "The man was trying to pat the fire down with the cushion, but it didn't work."

She also told Stomp that the recycling bin appeared to have melted.

"At first, there was no burning smell, but after the fire was extinguished I could smell burnt plastic." 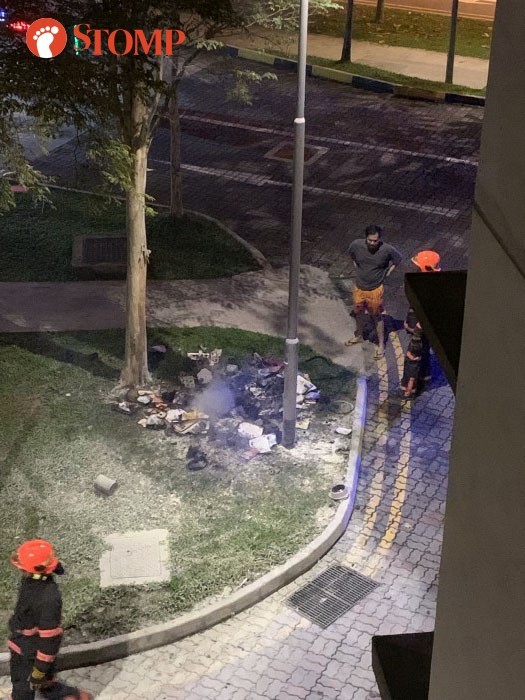 Aftermath of the fire

"I want to thank the SCDF for responding so promptly. I know that there are no fire stations near my home," added Lolitta.