Received photos of tiger at "Lim Chu Kang"? This didn't happen in Singapore 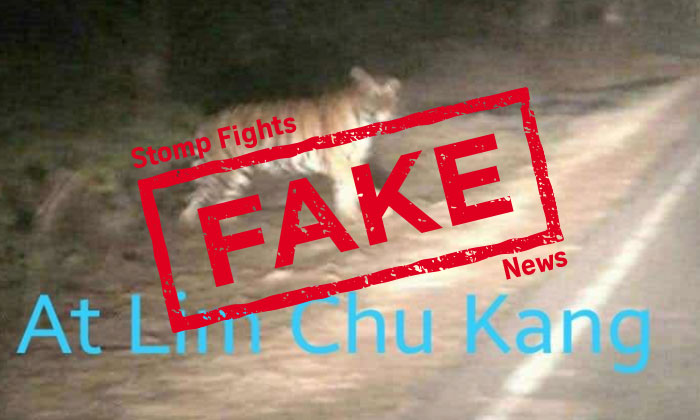 Photos of a tiger by the roadside, said to have been taken at Lim Chu Kang, have been circulating on social media recently.

The only problem is that the tiger was not spotted in Singapore.

Several Stompers received the photos and sent them to Stomp. Some of the photos have even been edited to include the names of established news sites to make them seem more credible. 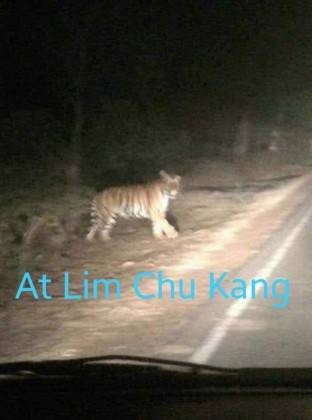 A check by Stomp revealed that the same photos were used in an article by Malaysian publication Sin Chew back in March this year. 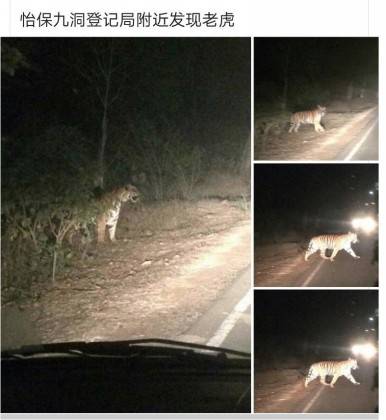 It was reported in the article that some Facebook users had received the photos on Facebook and were told that the photos were taken at a road in Jelapang, Perak in Malaysia.

However, this was disproved by Sin Chew which said that photos had been traced back to India.

Stomp also conducted a search online and found that the photos were identical to a video posted on YouTube back in February, claiming that the tiger was spotted along the roads Zaheerabad, India.

Stomp is unable to verify the authenticity of the video.

In response to the photos, Mr Kalai Vanan, Deputy Chief Executive Officer (CEO) of the Animal Concerns Research and Education Society (ACRES) told Shin Min Daily News that the photos were definitely not taken in Singapore.

He said that although there were wild tigers in Singapore in the past, they do not exist here now.

However, Mr Kalai pointed out that there are still wild leopard cats in Singapore which are under serious threat.

He added that everyone needs to chip in and help to protect these precious animals so they can continue to survive in the rapidly changing landscape.