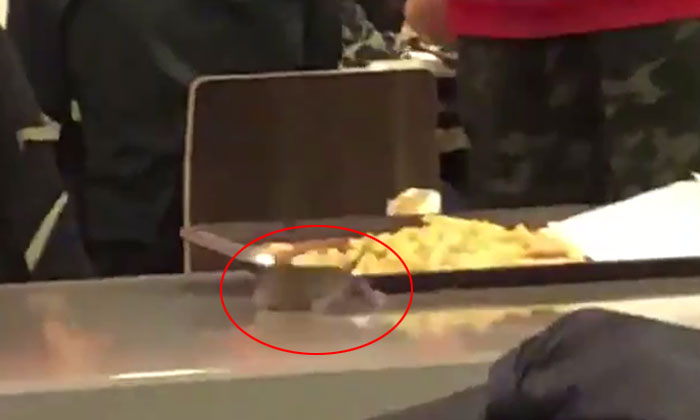 What would you do if a rat fell onto your meal while you were eating?

This is exactly what happened to one customer who found a live rat at a McDonald's outlet at Ang Mo Kio Central on Wednesday evening (Sep 12).

Twitter user @MellysaLatiff posted a video where the rat can be seen scurrying and moving frantically on a table next to a tray that appears to have french fries on it.

wth imagine eating and a rat falls from the ceiling, into ur food HAHAHA. @ mac behind amk hub pic.twitter.com/pqbHhIqUNU

A man is seen standing and holding his burger and drink while eyeing the rodent.

According to the Twitter user, the rat had fallen from the ceiling into her food while she was eating.

At publishing time, the video has since garnered over 39,000 views since it was posted on Wednesday at 9.43pm.

In an e-mail response to The Straits Times, a McDonald's spokesman said that the fast-food chain was aware of the incident.

It has since engaged an external pest control agency to remove the rat and conduct a thorough inspection of the restaurant, the spokesman added.

"At McDonald's, we recognise high hygiene standards as an integral part of our business and undertake a rigorous cleaning protocol, which includes regular inspections and preventive treatment for pest control," the spokesman said, adding that the latest routine check on Aug 30 detected no irregularities.

"We take all feedback relating to the quality of our restaurants very seriously and will continue to ensure that our restaurants maintain high levels of hygiene for our customers," the spokesman added.