Deer wanders in circles in the middle of Lornie Road 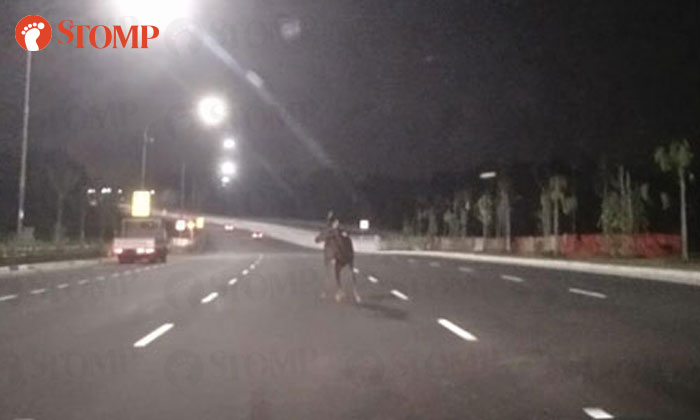 Stomper Natalie was driving along Lornie Road on Sunday (Nov 25) at about 11pm when she saw a deer wandering around in the middle of traffic.

Natalie shared a video of the incident, which was recorded by her husband seated next to her, with Stomp.

In the video, the animal appears to be confused as it wanders in circles.

Natalie told Stomp she pulled over to the side of the road to alert Animal Concerns Research and Education Society (Acres) to the deer.

"I was told that someone had already informed them of it and that they were on their way."

Stomp understands that the deer sighting was first reported at about 10pm.

"It's quite a rare sighting in Singapore," said the Stomper.

"We were just concerned that it was just wandering on the road.

"Luckily, it wasn't so busy at the time otherwise I imagine it could have gotten hurt or become roadkill.

"We wanted to make sure we helped by contacted the relevant authorities."

Related Stories
Deer involved in accident with 3 vehicles at BKE, taxi driver sent to hospital
Oh deer! Is that a deer carcass floating in water in Mandai?
Driver narrowly misses wild deer that dashes in front of his vehicle near Mandai Rd
More About:
deer
rare
animal sighting