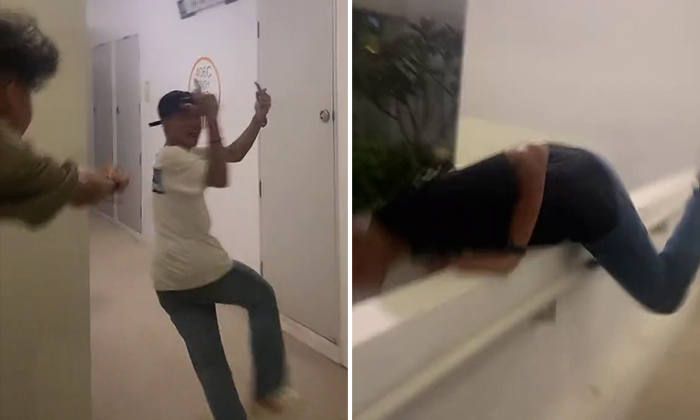 A video of youths fooling around and performing random stunts at a Housing Board (HDB) block has sparked interest among netizens.

Simply captioned 'I'm free' and posted just three days ago by TikTok user lilvalentinorossi, the video has already drawn over 485,000 views on the platform.

The 15-second video shows a group of youths performing random acts such as flashing their middle finger, swinging a fake punch and running around.

What caught the most attention, however, was one youth seemingly pushing his friend off the ledge.

Reactions among netizens range from amused to baffled, with many pointing out just how random everything was.

One user commented, "The amount of chaos is unexplainable," while another said this met the mark for being among the "top 5 unexplained videos".

Several also asked about the youth who 'fell' off the ledge, with one quipping, "Some say that the man is still flying though."

A netizen summed it up rather nicely: "Too much going on in one video."