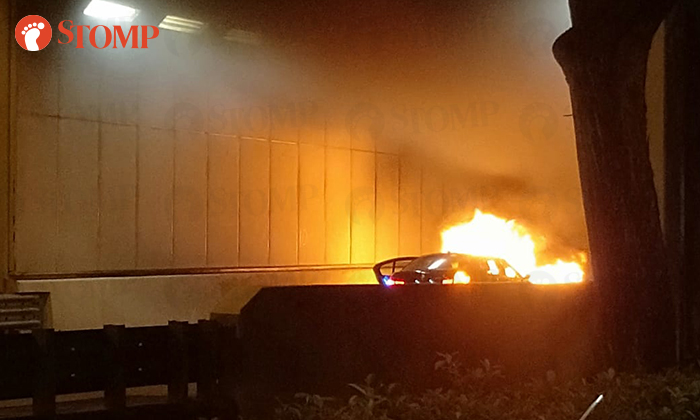 A raging fire involving a BMW vehicle broke out in a tunnel along the Kallang-Paya Lebar Expressway (KPE) at about 3.20am on Friday (Aug 30).

Stomper Kamisan shared with Stomp a video and photos of the incident as he drove past the scene.

He told Stomp: "I was fetching a passenger from Marina Bay Sands towards Punggol. I saw the fire as I passed through the KPE.

"The fire was very big and I saw the vehicle on fire at a tunnel.

"I couldn't see if there were people in the vehicle."

In response to a Stomp query, the Singapore Civil Defence Force (SCDF) said: "At about 3.20am on Aug 30, the SCDF responded to a fire along the KPE towards the Tampines Expressway, after the Buangkok East Drive exit.

"The fire involved a vehicle and was extinguished by SCDF using a hose reel.

Stomp understands that a BMW 5 series vehicle was involved in the fire.