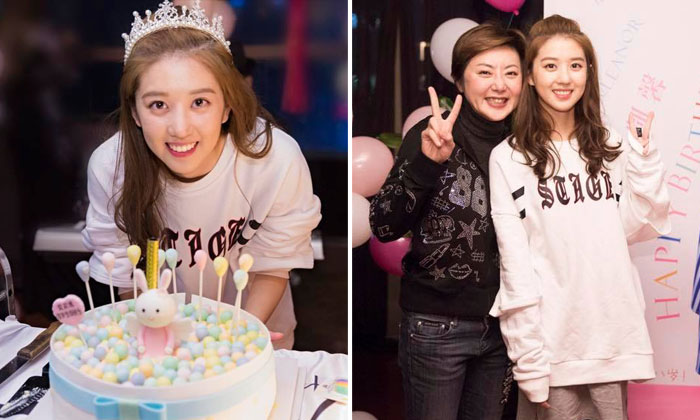 She was thrown a lavish party and gifted with extravagant presents like a piano and a bungalow by her company.

Quan Yifeng took to Facebook to write a touching birthday message to her daughter, describing the sacrifices she made to give her a good life.

At the time, she was getting by on her own and did not have enough money for the procedure.

She recounted how she rushed home to take a branded watch Eleanor's godfather, hairstylist Addy Lee, had given her.

She pawned the watch to get the money and returned to the hospital where she gave birth to Eleanor the next day.

She did not make any mention of Eleanor's father, actor Peter Yu, or how she got the watch back.

"Today you are 18 and an adult. Mum is telling you about what happened and giving you the watch that saved our lives."

She posted photos from Eleanor's party with the post and thanked those who helped to make it a "magical night".