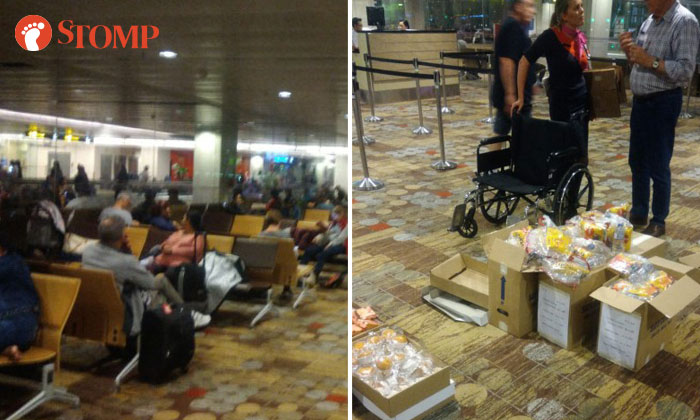 A Qantas flight from Singapore to Melbourne that was scheduled to depart Changi Airport at 8.15pm on Sunday (June 9) was delayed for around six hours due to an engineering issue.

A Stomper who was a passenger on flight QF36 alerted Stomp to the delay.

"Initially, the delay was due to a passenger who was unfit to fly as announced by the pilot," he said.

"They had to remove five containers to get two pieces of luggage off the plane.

"The second part of the delay was due to the A380 plane's third engine not being able to function properly just before take-off.

"As such, the plane had to taxi back to the boarding gate for the engineers to look into the issue.

"Passengers were asked to deplane after the engineers could not yet fix the problem."

He added that passengers were provided snack bags, muffins and cookies by ground staff as they waited at the gate. 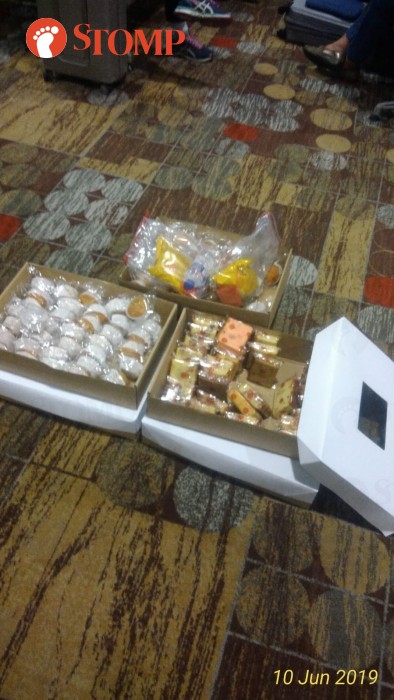 "Business class and premium passengers were given access to the Qantas lounge to wait while the rest waited at gate C23," the Stomper said.

He noted that there were many infants and children on the flight due to the school holidays.

"Many passengers missed their connecting flights to other cities in Australia due to the delay," he said.

Mark told Stomp the flight finally departed at about 2.25am June 10.

In response to a Stomp media query, a Qantas spokesman said: "Our flight from Singapore to Melbourne was delayed as a result of an engineering issue and was delayed for around six hours.

"We’d like to thank our passengers for their patience and understanding."