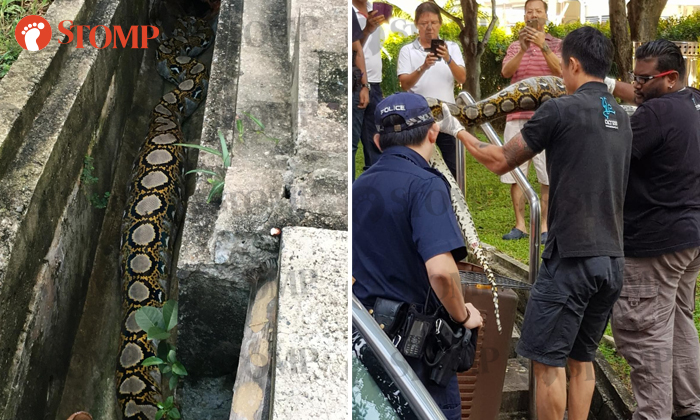 Stomper Steph shared photos, which she received from her mother, showing the large reptile with an engorged belly in a drain. 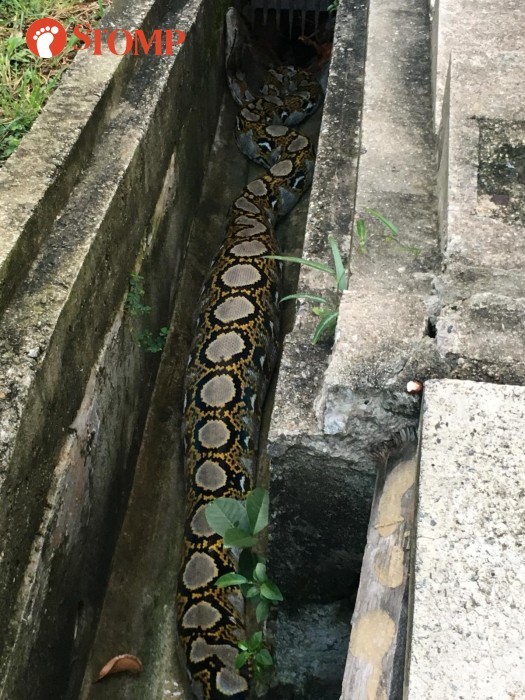 The snake had also slithered to a void deck.

Staff from the Animal Concerns Research and Education Society (Acres) eventually rescued the snake. Police were spotted at the scene as well.

Steph told Stomp: "No one was attacked. However, it did seem like the python already had his meal. I mean, look at that body!

"There have been quite a number of snake sightings in Bishan. To everyone, especially those with pets, please be more careful!"

Responding to a Stomp query, Acres' deputy chief executive officer, Mr Kalai Vanan, said that the wildlife rescue team received a call about the python at around 7.30am.

"The reticulated python was rescued at about 8.40am," he added.

The snake, which measured about two-and-a-half to three metres in length, will be safely relocated to a more suitable habitat.