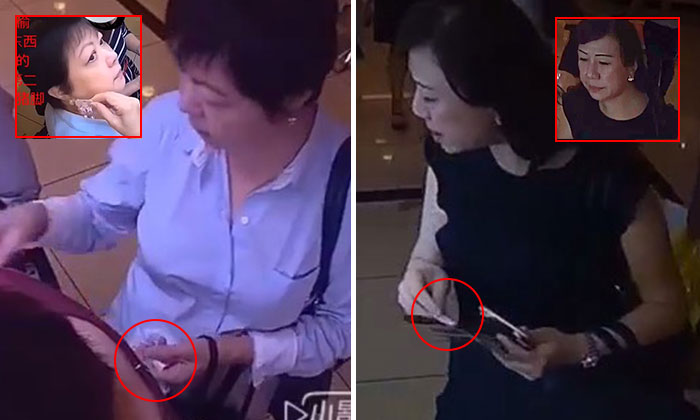 Two women were caught on video taking earrings worth $24 each from Stomper Anon’s pushcart stall in Raffles Place on February 2 and March 28 this year.

Anon sent a compiled footage of the two taking the earrings from his pushcart.

In the case dated March 28, a long-haired woman in a black dress is seen looking at some accessories at the pushcart stall.

The woman is also noted to be carrying her phone and some brochures in her left hand.

As she scans through the goods, she grabs a pair of earrings, and with a sleight of hand, wedges it between the phone and brochure, before moving off. 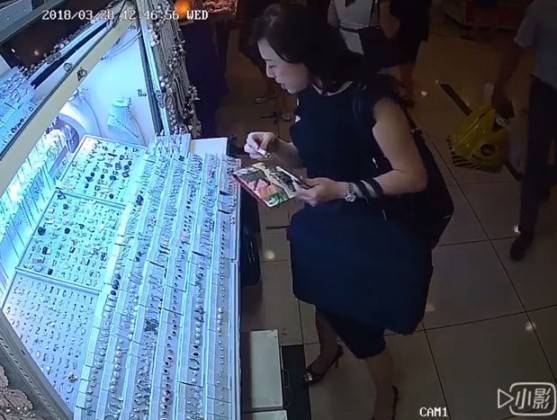 She later returns to the stall but does not pay.

In another case on February 2, another woman dressed in a light blue collared shirt first takes a pair of earrings with her right hand and places it into her left.

She is observed to be clutching a white plastic bag in her left hand at the point of time and skilfully drops the earrings into the bag.

Said Anon in the video: "Is there anyone who has stolen your things before?

"Whoever steals is a thief, and no one likes a thief.

"Are these people born thieves?"

Anon told Stomp that throughout the two years that he has been running the stall, many items have gone missing.

He admitted that it was hard to prevent people from taking his wares, despite the best efforts from him and his two workers.

Anon said: "Sometimes, the workers or I would be attending to some customers and we wouldn't be able to catch everything that goes on.

"However, we know if items do go missing because we arrange them in an orderly manner, and we can see if there's a gap."

He also added that there are many more who were also caught on video taking items from his stall, but he needs time to process the footage, before handing them over to the police.

This is not the first time that items have gone missing from Anon's stall.

Another woman was caught on camera taking two watches on two separate occasions in June 2017.

Anon told Stomp that after the article exposing the woman's deeds was placed up, the woman's boss returned to the stall to ask for forgiveness, and paid him for the items taken.

He added: "I decided not to pursue the issue further, as I felt she has learnt her lesson."

In the meantime, he encourages those who had taken things from his stall to pay up on their own, saying: "If you return the money (for the items you took), I'll give you a chance."

Related Stories
Woman takes $168 watch from Raffles Place pushcart, returns 3 weeks later to do it again
Not the sharpest tool in the shed: Man caught stuffing axe under his t-shirt at Tampines shop
Woman takes Samsung tablet that was left behind by 11-year-old at Waterway Point cinema
More About:
theft
pushcart
shoplift
shoplifting