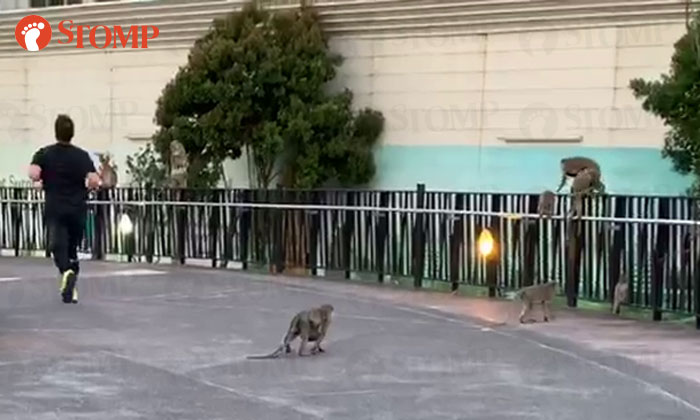 Stomper Naveen was surprised to see several monkeys along a walkway near the Punggol Serangoon Reservoir on Monday evening (Jan 20).

He shared with Stomp a video he took of the animals moving alongside joggers and residents near Tebing Lane at about 7pm.

Among the macaques, were several mothers with babies clinging to their underbellies.

"This is the first time I've seen so many monkeys outside of Coney Island,"  said Naveen, who is a Punggol resident.

"They were not disturbing anyone and minding their own business.

"I was just surprised to see them so near a residential area."

With urbanisation, more monkeys are being drawn out of the forest.

According to NParks, here is what you should do if monkeys approach you in the open: