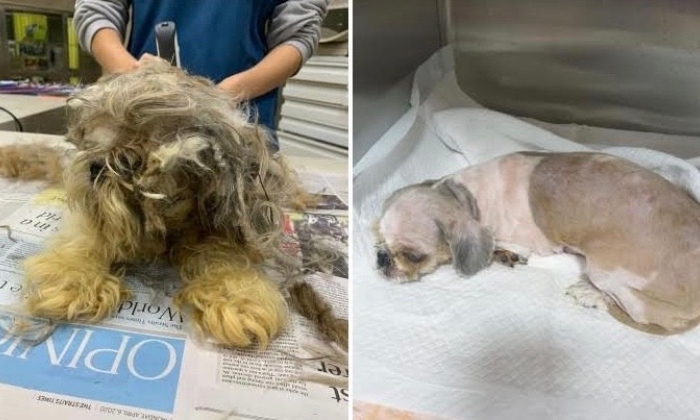 It is always heartbreaking to see a dog mistreated and abused.

"This dog was found severely matted and dumped in front of a resident's doorstep on Saturday night (July 25). I'm indignant that an animal can be subjected to such treatment," the Stomper shared.

The blog post, which was written by Fiona Foo, the founder of HOPE Dog Rescue, was shared on Facebook multiple times.

It included details of how the Shih Tzu was found, and photos of the condition in which she was found in.

Fiona shared that she came across a post by Fabian Ang, who said that he had found a Shih Tzu lying at the doorstep of his home in Punggol.

Fiona then reached out to Fabian and offered to use her microchip scanner to scan the dog's microchip and check if her owner was a match to a family who had lost their Shih Tzu in June.

Unfortunately, it was not a match.

After noticing that the dog was "listless and that her breathing was shallow", Fiona and Fabian decided to take her to the vet. 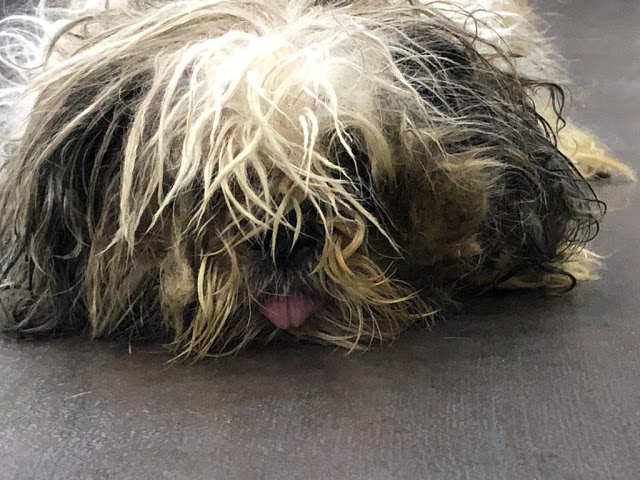 "On the way to the vet, Fabian shared that he found the lifeless dog at his doorstep at about 8pm," she said in the post.

"The dog was covered in pee and poo and smelled so bad. Her fur was badly matted and her nails were so long that it grew sideways.

"He gave her a quick bath, dried her and fed her. The dog took a while before she started eating, drinking and even managed to poo," Fiona added.

At the vet, the Shih Tzu underwent the basic checks.

"It was after hours, and the emergency charges were not cheap," Fiona shared.

She also mentioned that the vet had difficulty listening to the dog's heartbeats as her fur was so thick and matted.

"Her nails were so long that she could hardly walk," Fiona added. 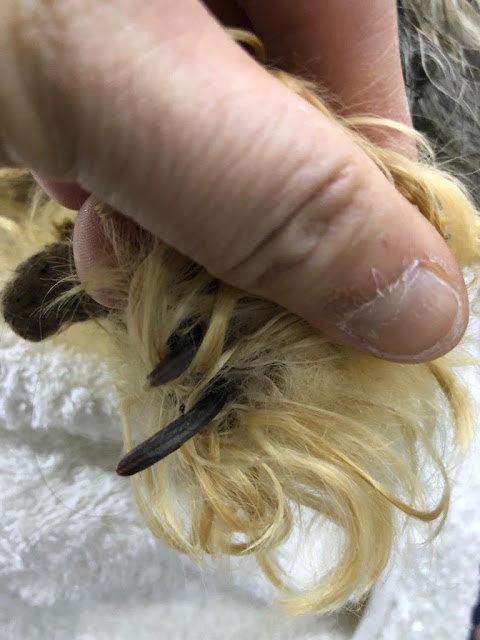 She also said that the dog's gums were red and sore and that she had gingivitis, a type of gum disease.

When Stomp reached out to HOPE Dog Rescue, they shared that they have since informed the Society for the Prevention of Cruelty to Animals (SPCA) and the Animal Veterinary Service (AVS) about this incident.

"We are concerned that someone may have lost this dog and then another person may have found her, abused and discarded," said a spokesman for HOPE Dog Rescue.

In response to a Stomp query, SPCA's executive director Dr Jaipal Singh Gill said: "The case has been reported to us. It is always heartbreaking to hear of cases where an animal is found in a severely neglected state.

"We are glad that in this case, someone stepped up to help the animal.

"Anyone with information on this case can call our 24-hour hotline at 6287 5355 (ext. 9), or email inspector@spca.org.sg. Information provided will be treated in the strictest of confidence."

In an update posted on HOPE Dog Rescue's Facebook page on Monday (July 27), they shared that the Shih Tzu, who they have now named Jolly, is safe and that she will be "showered with all the tender, loving care she deserves".