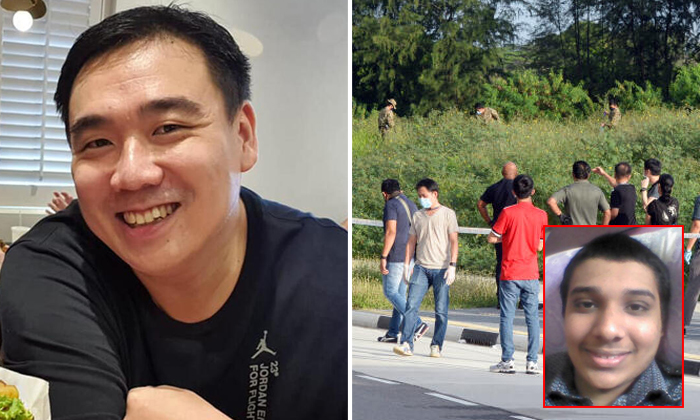 A 20-year-old Singaporean man has been charged with the murder of a man that took place last weekend along Punggol Field.

Appearing in court on Sunday (May 17) via videoconferencing, Surajsrikan Diwakar Mani Tripathi was charged over the stabbing of 38-year-old Tay Rui Hao near a bus stop in Punggol Field Road on May 10 at 11.08pm.

He will be remanded at Changi Prison Complex Medical Centre and will be back in court on June 5.

The police identified and arrested Surajsrikan on Saturday at 2.45am following round-the-clock investigations, extensive ground inquiries and review of closed-circuit television (CCTV) footage.

The victim, Mr Tay, was jogging when he was stabbed near the bus stop in Punggol Field, opposite Block 227A Sumang Lane.

A resident, who had heard Mr Tay's cries for help when he collapsed on a grass patch, called the police.

Mr Tay was sent to Sengkang General Hospital with multiple stab wounds. He later died from his injuries.

It is believed he was married and lived a few streets from where he was found stabbed.

According to Mr Tay’s social media posts, he worked in the local branch of a sportswear company.

Two days after the incident , his father told Chinese dailies Lianhe Wanbao and Shin Min Daily News that the family was shocked by what happened.

Mr Tay’s father said that he, his wife and daughter rushed to Sengkang General Hospital at about 1am on Monday but were too late.

He described his son as easy-going and talkative, and was quoted as saying that what happened was “very unjustified”.

He said Mr Tay had texted him earlier in the day to tell him that he was heading out for a run as he was feeling cooped up at home due to the circuit breaker measures.

Preliminary police investigations revealed that Surajsrikan is not known to the victim and is believed to have acted alone.