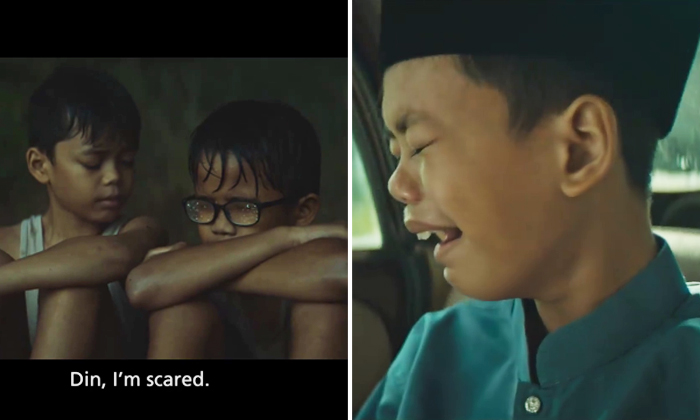 Unless you have a heart of stone, this local short film centered on two brothers is guaranteed to turn on the waterworks.

Titled 'Kinship', the six-minute video was posted on national water agency PUB's Facebook page and YouTube channel on Thursday (May 30).

Produced in celebration of Hari Raya, the video is PUB's first festive short film and tells of two brothers who grow up in an orphanage in the 1960s.

Named Din and Zul, the siblings are seen enjoying a close relationship, from playing by a reservoir to seeking shelter from the rain.

Until Din finds a foster home, that is.

Upset at being left behind, Zul turns hostile and the brother's relationship becomes strained, with a tearful Din leaving the orphanage on Hari Raya.

It is only after 50 years when Din returns to the reservoir, where he stumbles upon a message that Zul left behind for him.

"Water is a precious resource that plays a central role in many cultures. For the Malay community, water is synonymous with family ties as described in the Malay proverb ‘Air dicincang tidak akan putus’ (translated as ‘water doesn’t break apart when you chop it’)," wrote PUB in its caption.

"Kinship is as precious as water. Make every drop count."

Seeking "closure", many also asked for a "Part 2" to show the brothers reuniting and getting the happy ending that the deserve.

Here's some trivia about the video, according to The Straits Times: