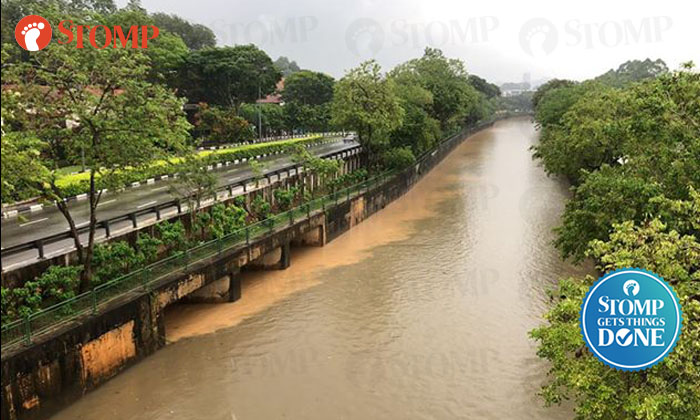 The Public Utilities Board (PUB) responded to a Stomp enquiry of a video of silt found in Bukit Timah canal and will take enforcement action against the contractor responsible.

A Stomper sent Stomp the video captured on Oct 10 at 5.15pm, which alerted us to the incident.

The Stomper claimed that the contractors were illegally dumping silt into the canal.

"We have traced the silty discharge to a nearby construction site that had failed to provide adequate earth control measures (ECM) onsite.

"The contractor had since rectified the ECM lapses. PUB will be taking enforcement action against the contractor."

They then explained that silty water is generated when rainwater runoff mixes with exposed earth materials and soil at construction sites.

Contractors are required to implement ECM at the construction sites to contain and treat silty water, by removing the silt from the water, before discharging it into the public drains.

Offenders can be fined up to $5,000 for each offence of silty water discharge.

Related Stories
Youths fishing at Merlion Park have been identified and will be counselled: PUB
Town council to place extra bins and increase frequency of clearing them after Bukit Batok resident's feedback
JTC advises Ubi tenants who reserved carpark lots with items to remove them after Stomp report
More About:
Stomp gets things done
PUB
water
nature
canal