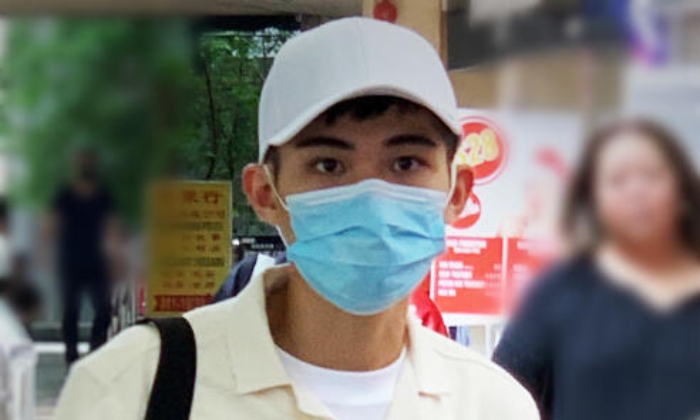 The prosecution has asked for a short detention order of seven days for a man who hit a 46-year-old woman in Boon Lay while speeding on his personal mobility device (PMD), causing her to fall and fracture her skull.

In September, 20-year-old Ong Kwan Yun, a student, pleaded guilty to causing grievous hurt by a negligent act and riding a PMD which did not comply with regulations for the device under the Active Mobility Act.

The device weighed nearly 30kg – exceeding the legal limit of 20kg – when Ong rode it along a sheltered walkway in Boon Lay Avenue at around 1pm on March 23.

Deputy Public Prosecutor Tan Zhi Hao said Ong was moving at a speed which caused him to lose control of his device.

DPP Tan said: “The force of the collision caused the victim to fly off the ground and land on her back, with the back of her head hitting the ground first. The victim lost consciousness momentarily.”

The Straits Times is not naming the victim, who suffered memory loss and developed a speech impediment following the incident.

DPP Tan said Ong had remained at the scene and called out to the woman, who did not respond. He did not make any further checks on her or her injuries.

Unsure of what to do, Ong then left for his girlfriend’s home.

Shortly thereafter, the victim regained consciousness and discovered that she could not move. She was also bleeding from her right arm.

Several people rushed to help her after the accident, including a witness who called for an ambulance. It arrived shortly after, and the victim was taken to Ng Teng Fong General Hospital.

In hospital, she was found to have suffered a fractured skull and internal bleeding around the brain.

She was given 132 days of hospitalisation leave and has been seeing a physiotherapist, occupational therapist and speech therapist since the accident.

Ong was arrested on March 25 after the police established his identity, aided by closed-circuit television footage.

Calling for a short detention order, DPP Tan said: “Severe injuries have been caused to the victim. She cannot speak or think with the same ease she did previously due to the traumatic injuries she suffered.”

Offenders given a short detention order are put behind bars for a short time but will not have a criminal record after their release.

DPP Tan said: “I also recognise that the accused is young and deserving of a second chance at life after he has been punished.”

Those who are granted probation will be supervised by a probation officer for the duration of their sentence.

Offenders are generally free to carry out their daily activities but must not reoffend and will have to comply with certain conditions, such as attending counselling and performing community service.

Mr Low said Ong’s parents requested that he be given probation, in the hopes he could be rehabilitated from his risk-taking attitude as a result.

Mr Low said: “They want to be more accountable in their supervision (of Ong) than simply taking the easy way out, which is detention.”

In response, DPP Tan said: “If the accused is truly serious about changing his life for the better, we urge him to be independent rather than rely on the State or his family to monitor and supervise him for change.”

Ong is expected to be sentenced on Nov 28.