Probation for driver who struck cyclist while speeding, causing him to suffer severe brain injury 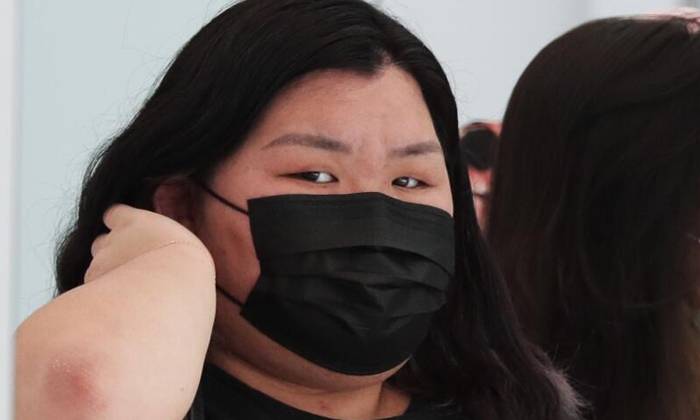 A teenager struck a cyclist in 2019 while driving a car over the speed limit, causing the victim to suffer severe traumatic brain injury.

The DPP added: "The victim is also expected to encounter cognitive and memory problems in the future. The severity of his injuries has also cost the victim at least $130,000 out of his own pocket for treatment fees."

The Singaporean offender, polytechnic student Chew Jia Ying, now 20, was sentenced on Monday (Feb 22) to a year's probation after she pleaded guilty to causing grievous hurt to Mr Wong by driving in a negligent manner.

She has to remain indoors from 10pm to 6am every day during the period of her probation, and perform 60 hours of community service.

Her parents were bonded for $5,000 to ensure her good behaviour and she was also disqualified from driving all classes of vehicles for a year.

Chew was driving at a speed of 70kmh along West Camp Road near Seletar West Link at around 8.30pm on July 24, 2019 when she failed to keep a proper lookout. The court heard that the speed limit there was 50kmh.

The right side of her car then struck Mr Wong's bicycle, which had its lights on at the time.

He was flung onto the right side of the car's windscreen with such force that it shattered. He then fell onto the road when Chew stopped her car.

Several cyclists stopped to help Mr Wong, who was later rushed to Khoo Teck Puat Hospital (KTPH) where he was found to have suffered a severe brain injury.

He remained in KTPH before he was transferred to Tan Tock Seng Hospital (TTSH) on Aug 22, 2019. He was finally discharged from TTSH on Oct 4 that year.

DPP Thiagesh had earlier urged the court to sentence Chew to at least two weeks' jail and disqualify her from driving for five years.

He said that Mr Wong, who used to work in a construction company doing on-site installations of equipment, has been relegated to office work after the accident.

The DPP added: "His ability to perform in such a setting is also greatly reduced by his inability to effectively use a computer keyboard, as his entire left arm remains functionally useless. This incident has thus severely impacted the victim's livelihood."

Defence lawyers Lau Kah Hee and Fikri Yeong pleaded for probation for Chew on account of her youth.

They also told the court that Chew's insurance company is in the process of settling Mr Wong's medical bills.

The lawyers stated in their mitigation plea: "She provided her full cooperation to the paramedics and traffic police who were on site until all investigations were completed."

DPP Thiagesh told District Judge Christopher Goh on Monday that the prosecution intends to appeal against the sentence.

Related Stories
Cyclist dies in hospital after hit-and-run accident with truck at Bedok junction, man arrested
Grab cyclist arrested after collision with 8-year-old girl on footpath leaves her needing eye surgery
52-year-old woman gets 5 stitches on the head after cyclist crashes into her
More About:
accident
cyclist
injured
speeding