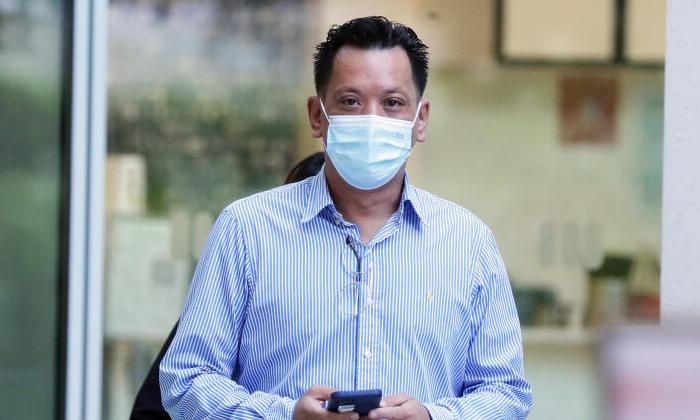 In a drunken rage, the chief executive of food and beverage firm The Prive Group hurled vulgarities and assaulted a teenager in an unprovoked attack in a lift.

The court heard the incident on Nov 22, 2019, had mentally scarred the then 13-year-old boy so badly that he was still scared of taking a lift about a year later.

The Singaporean teenager, who cannot be named due to a gag order, also experienced flashbacks of the attack and had difficulties sleeping.

His assailant, French national Vu Han Jean-Luc Kha, now 44, who is also a director and shareholder of The Prive Group, pleaded guilty to one count each of assault and harassment in a district court on Thursday (Oct 21).

Deputy Public Prosecutor Goh Yong Ngee said the boy and his then 12-year-old brother were in a lift at Parklane Shopping Mall in Selegie Road on Nov 22, 2019, when it stopped on the fifth storey at around 8.15pm.

Soon after an intoxicated Kha and a Singaporean man, 41, joined the two boys inside the lift, Kha directed lewd comments at the victim who felt alarmed, the court heard.

DPP Goh said: "For no apparent reason, the accused punched the victim on the left temple with the intent of causing hurt, causing the victim to fall backwards and slam his left upper arm into the elevator's handrails... The accused then hurled vulgarities... (at) the victim."

Fearing for his safety, the teenager grabbed Kha's hands to prevent him from hitting him again.

The other man then held Kha back and pushed him out of the lift after it stopped on the first storey.

A male witness who saw the attack detained Kha and the other man at the main entrance of the mall. He then alerted the police, the court heard.

The victim was taken to KK Women's and Children's Hospital where he was found with injuries including a bruised temple.

On Thursday, DPP Goh urged the court to sentence Kha to at least eight weeks' jail, stressing that the boy was a vulnerable victim.

Defence lawyer Teh Ee-Von pleaded for the judge to call for a report to assess her client's suitability for a mandatory treatment order (MTO), as he had been diagnosed with bipolar disorder.

Arguing against the defence's request, DPP Goh said: "Rehabilitation is outweighed by other sentencing considerations, specifically that of general deterrence and retribution... In this case, retribution is clearly also an important consideration, given the psychological harm that the victim suffered.

"In any event, rehabilitation can also take place in a prison setting."

Judge Lim did not call for an MTO suitability report, and Kha is expected to be sentenced on Dec 14.