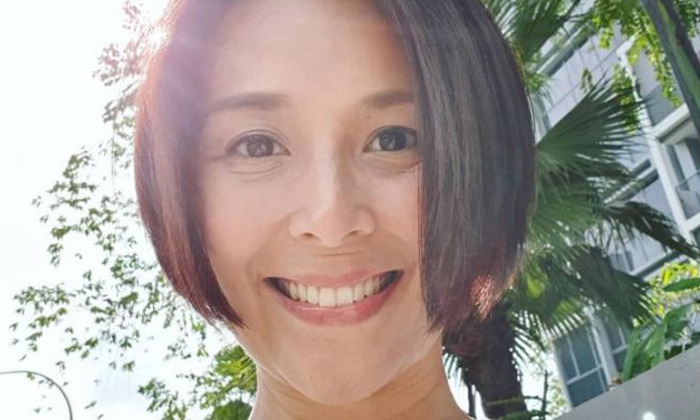 The home-grown actress had disappeared from television screens in the past two years as she could not put on make-up as a result of her skin condition.

However, she told Chinese-language evening paper Lianhe Wanbao in a recent interview that she has recovered fully and hopes to act in TV serials.

Chan recalled that she was very sad and emotionally affected when actor Aloysius Pang died from a military training accident earlier this year. Rashes began to appear on her face, aggravating her condition, and she also felt weak.

"I was taken aback at that time," she said. "How am I to go for filming if my illness can be affected by emotions?"

But the 40-year-old decided to accept a challenge and take part in Symbiosis Of An Author's Life, a play staged at the Drama Centre Theatre in August. She hesitated for a while before taking up the emotionally demanding role.

"I decided to take one step at a time and went all out to do my best...my condition did not flare up after I returned home, so it is confirmed that I have recovered fully."

Her traditional Chinese medicine physician also felt that her health has returned to that of three years ago, and her focus now is to strengthen her health.

Chan said she watched her diet very strictly while suffering from the skin condition, which she believed to be red skin syndrome, or topical steroid withdrawal.

Now that she has recovered, she has gone back to eating freely, though she has not tried eating crab or sashimi yet. "I am not giving myself too much pressure and will still remind myself to pay attention to my diet," she added.

Next month, she will celebrate her recovery with her husband, former actor Alan Tern, in Bali, Indonesia.

"We plan to celebrate the 12th anniversary of our marriage there in October," she said. "In the past few years, I was unable to eat and drink at will due to my illness, so I was very happy, excited and grateful when I booked the air tickets to Bali."

She recently appeared in a short video for Star Search, variety show Fun With SINGnese 2 and web TV serial I See You. She hopes to act in longer TV serials.

Does she worry that her condition may return with the day-and-night filming?

"I am not worried, as everything is fine as God allows me to heal," she said. "In fact, I felt even greater pressure from writing and directing the short film Soul Connection than from acting, but I managed to complete it smoothly."