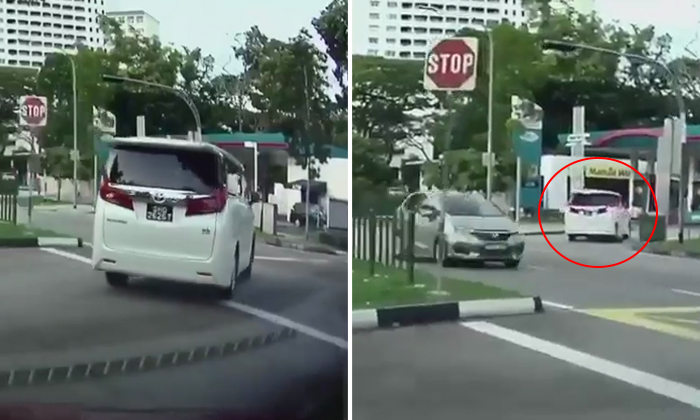 Transport operator Prime Taxi is investigating an incident where a limousine taxi driver was caught on camera behaving recklessly in his haste to reach a petrol station.

Multiple Stompers alerted Stomp to a video of the incident that was uploaded by Facebook page SG Road Vigilante.

The incident reportedly occurred in Queensway on Sunday (Dec 22), at around 6.30pm.

In the video, a Vellfire taxi can be seen stopping in a gap along the central road divider and waiting for traffic to clear.

However, instead of joining oncoming traffic when the road is clear, the cabby cuts across the road and goes against traffic flow before entering an SPC station.

Many netizens slammed the driver's dangerous behaviour and called for enforcement action to be taken against him.

One said: "How much can you save buy doing something that STUPID! I mean... the summons or worse if you hit someone doing that... isn't that going to cost more? Some people think they are being smart but actually it's more stupid!

Another commented: "Very risky, never think of other road users. There is a u-turn just a stone's throw away only, why take this risk."

In response to a Stomp query, a spokesman for Prime Taxi said: "Prime Taxi promotes defensive driving and the actions in the video goes against our principles.