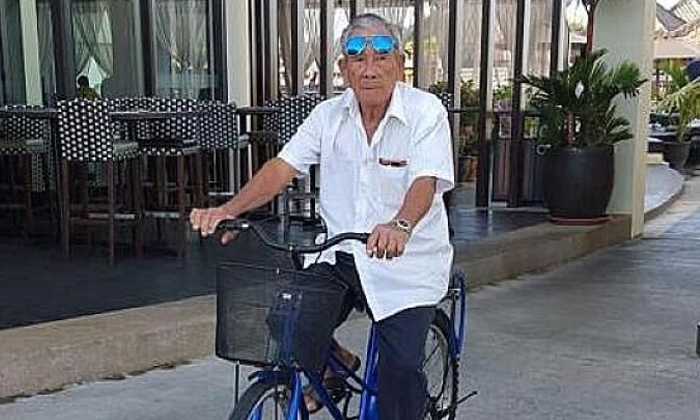 As his vehicle approached a zebra crossing, prime-mover driver Jiang Jianting did not halt at the stop line but continued to move forward.

He said he felt a bump but assumed that he had run over a large plastic bottle.

About four hours later, police contacted him to get him to return to the Tampines Industrial Avenue 3 slip road.

He learnt he had run over an 80-year-old retiree who had been cycling across the zebra crossing earlier that day, on Aug 13 last year.

In a coroner's inquiry last Thursday (Feb 13), State Coroner Kamala Ponnampalam said drivers of large vehicles must stop at designated crossings because their fields of view are vastly limited by the sheer bulk of their vehicles.

"The driver must be aware of the vehicle's blind spots and use all means including the mirrors provided, to ensure that the vehicle's path of travel is clear."

"The front of a large vehicle at the area directly beneath the bonnet is notoriously problematic and known to be an absolute blind spot for the driver.

"For such vehicles, it is best that they come to a complete stop at the designated pedestrian crossing to check," she said, finding the cyclist's death an "unfortunate traffic misadventure".

State Coroner Kamala also stressed that it is prudent for people, such as pedestrians and cyclists, to exercise additional care when they see heavy vehicles approaching.

"They ought to wait for the vehicles to come to a complete stop before they begin crossing."

The cyclist - Mr Peh Seng Yap - was at the Tampines Industrial Avenue 3 slip road moving towards Tampines Avenue 10 at around 1.20pm that day.

According to the witness, Mr Jiang did not halt before the stop line at the crossing but continued moving forward.

Mr Peh collided with the centre, left portion of the prime mover's trailer as Mr Jiang drove through the crossing.

Earlier in court, Mr Jiang testified that he had not observed anyone using the zebra crossing at the time.

He said that he looked to his right to check for oncoming traffic before merging into the main road.

Mr Jiang said police later contacted him at around 5.30pm that day.

Mr Peh was seen lying on the road by another eyewitness, who alerted the police.

The elderly man, who suffered multiple injuries, was taken to Changi General Hospital where he was pronounced dead at 2pm that day.

Court documents did not mention if any action will be taken against Mr Jiang.