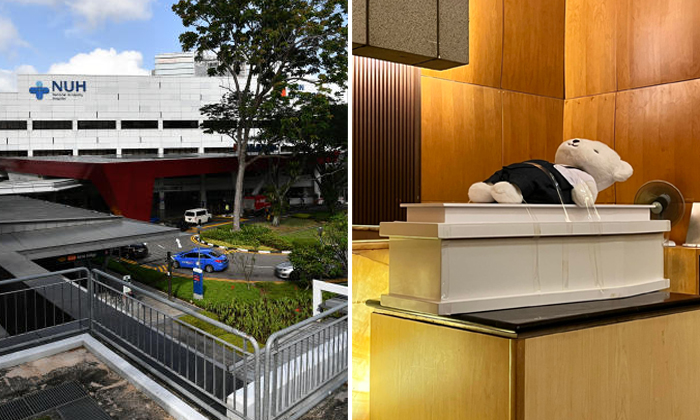 The National University Hospital (NUH) is investigating an incident in which a pregnant woman lost her baby after an allegedly long wait at the A&E department.

Facebook user Mee Pok Tah said his wife, who was 36 weeks pregnant, had been sent to the hospital after bleeding profusely while in the shower on March 15.

It was around 9.30pm when Tah called the ambulance, which arrived within 10 minutes. Paramedics attended to his wife immediately and sent her to NUH, said Tah.

The woman arrived at the hospital at around 10.30pm.

According to Tah, a nurse on duty "came and only set up the monitoring device to check on my wife's vital signs and left."

He wrote in his Facebook post on early Monday morning (Mar 21): "She was left there bleeding profusely and left unattended for an estimated time of two hours.

"No doctors and nurses came to check and attend to my wife for two hours and no one informed her that there is no bed in the maternity ward.

"After two hours of painfully waiting, my wife was sent to the maternity ward."

Tah's wife was eventually told by doctors that her baby had no heartbeat and had passed away.

In his post, which has since garnered more than 3,000 shares and 700 comments, Tah questioned why there was a time lapse of two hours despite the "life-threatening situation" and excessive blood loss.

He added: "This is a really unfortunate incident and I can’t stop thinking my baby be saved if only we were attended to promptly. I just want to be sure it doesn’t happen to anyone else."

In response to media queries, NUH said that they have been alerted to the incident and are currently investigating the matter.

The hospital said on Tuesday that it is aware of social media posts and reports regarding an incident involving an expectant woman at its Emergency Medicine Department.

"We are in touch with the family to support them during this difficult time," said NUH in a Facebook post.

"Out of respect for the family, we seek the public’s understanding not to speculate about the circumstances surrounding the incident."

Tah also shared an update in his post that he has received a call from NUH and investigations are ongoing.

A post by Tah on March 16 shows the couple expressing their grief over the loss of their child, whom they have named Titus.

"I hope you will be a good boy in Heaven!! Always remember Daddy and Mummy always LOVE you!!! You will always be in our HEART!!"

According to a subsequent post, the baby was cremated at Mandai Columbarium.