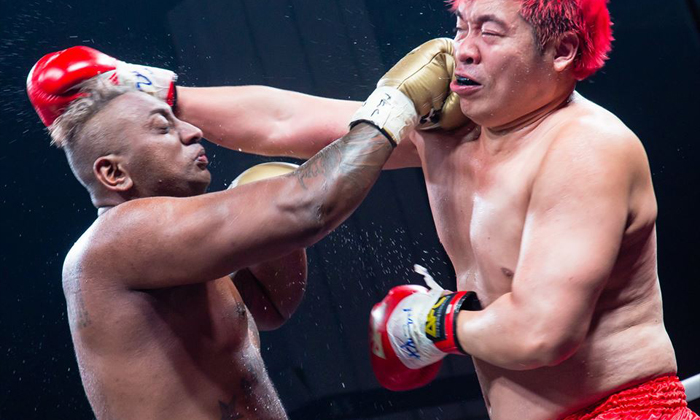 Subramanian, 32, received several blows to the head during the scheduled bout at Marina Bay Sands (MBS).

He appeared to be in a daze after the fight ended and was seen trying to catch his breath at the side of the ring, before being sent to Singapore General Hospital (SGH).

In response to media queries by Stomp, the police said they were alerted at 10.27pm to a case where a 32-year-old man was pronounced dead at SGH.

According to the preliminary medical report released by SGH, the victim suffered a cardiac arrest respiratory failure episode which led to his death.

AFC Holding Singapore told Stomp in a statement: "The final medical report will be released in 30 to 60 days.

"Our thoughts and prayers are with Mr Pradip Subramanian’s family during this difficult time."

It was the first time the president of the World Bodybuilding and Physique Sports Federation (WBPF) had competed in a Muay Thai fight.

Adding that he was shocked and saddened by the news of Subramanian's death, he also wrote: "You taught us all the virtues of being fearless and strong and the importance of keeping an active and fit lifestyle! My deepest condolences to you. You are truly our hero."

Lim later told The Straits Times: "I am very affected by the whole thing. I won the title but I feel so sad."

He described the deceased as a "big friendly giant" with whom he has no animosity and added: "I really never knew that he would leave us."