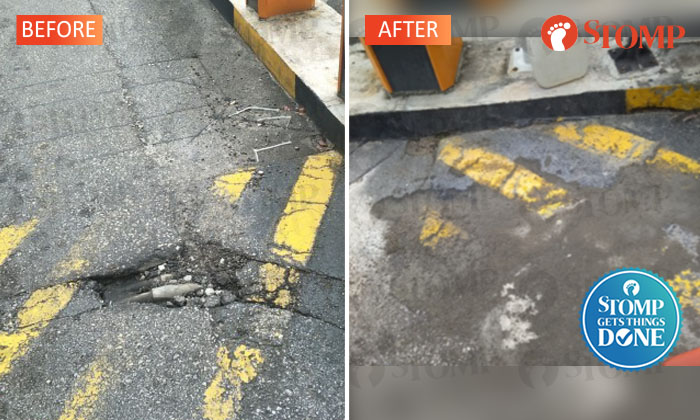 A pothole in the road at the carpark exit of Block 417 Hougang Avenue 10 has been patched up by the Housing and Development Board (HDB) after a Stomp alert.

Stomper BJio first noticed the pothole on Nov 3 and sent Stomp pictures of it. 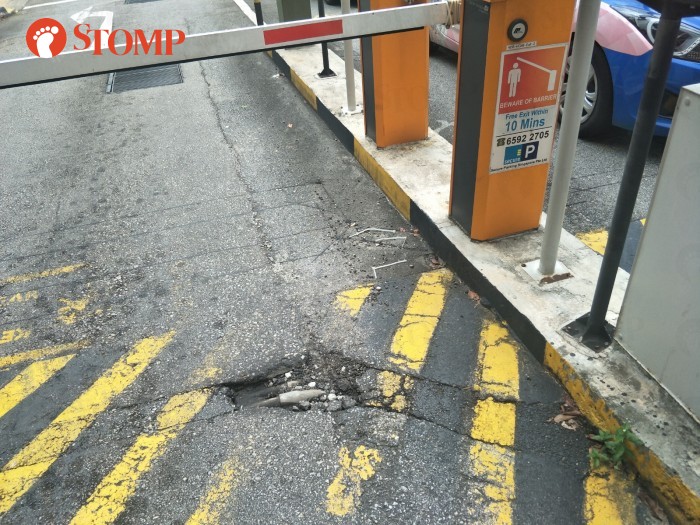 He said: "I was concerned for the safety of other motorists, especially motorcyclists, if the hole is not filled."

He reported the incident on the OneService mobile app on the same day.

On Nov 14, he received a reply via the OneService app saying that the case was being referred to the HDB.

He received a reply from the HDB the next day (Nov 15), which said that the matter was being looked into. 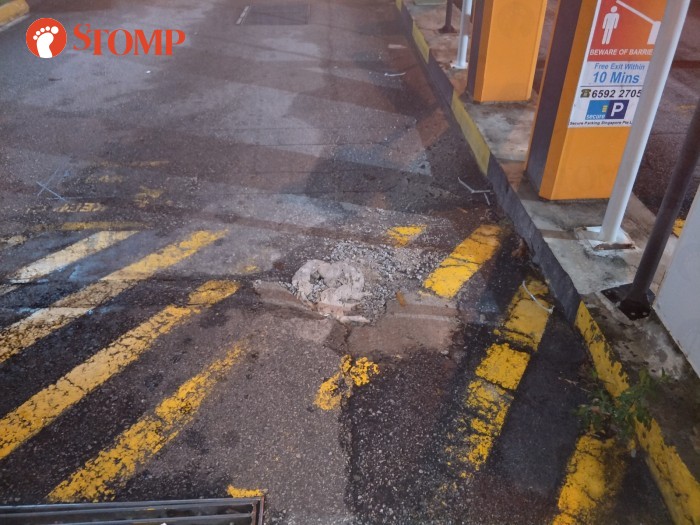 He said: "The pothole looked deeper and there were a cloth and many tiny pebbles and stones in it.

"It rained heavily that day, and I think the storm worsened the condition of the hole."

In response to a Stomp media query, HDB said on Nov 23: "Following your feedback, we have instructed our enforcement service provider to patch the pothole immediately as shown attached."

One of the two pictures sent by HDB shows a safety cone placed over the pothole. 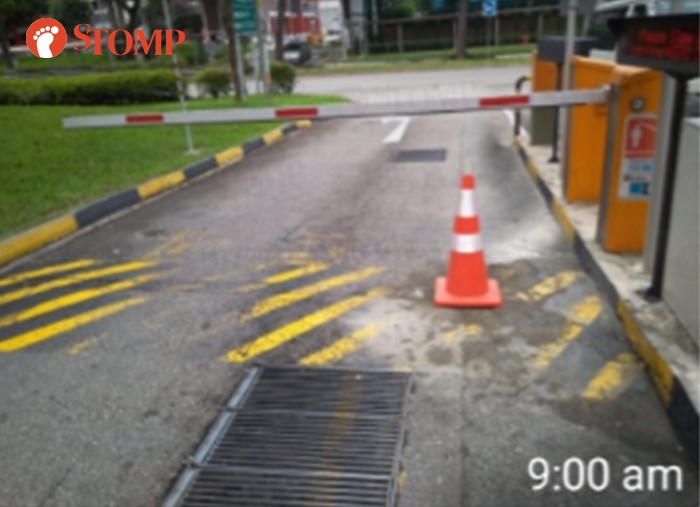 The other picture shows the covered pothole. 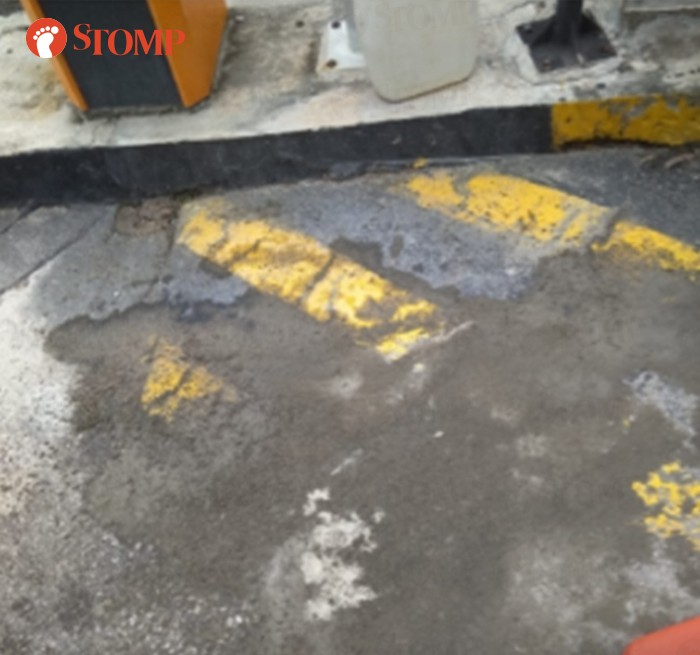