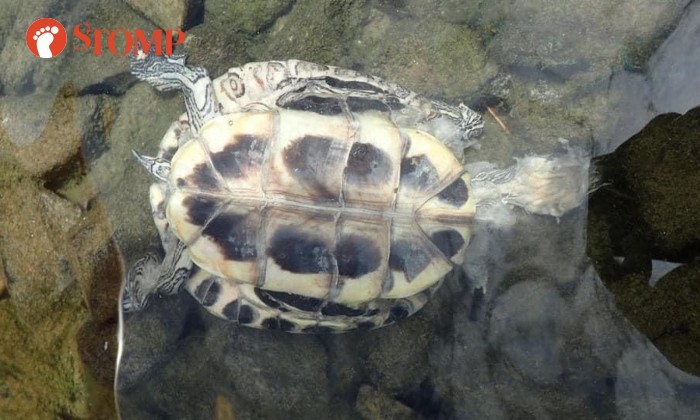 A man was shocked to see three dead terrapins when he was doing a cleanup at Bedok Reservoir on Sep 25 at 10am and suspected that they could have been abandoned. 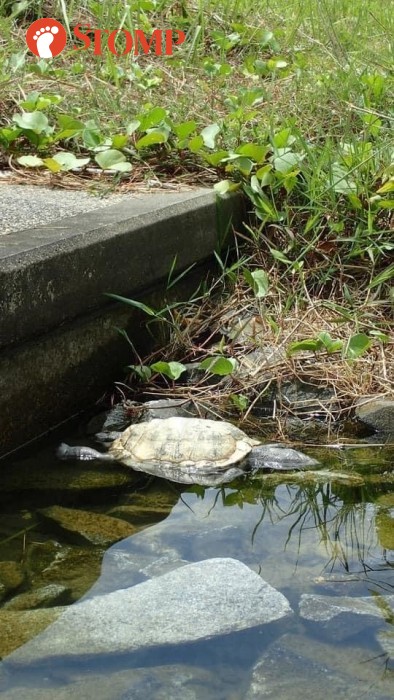 When Stomp contacted Vincent, he shared his concerns about seeing three dead terrapins floating around the same area.

"Someone told me that these could be newly abandoned terrapins that could not survive the sudden change in environment," Vincent said.

"I doubt it is anything in the water because I did not see dead fish there.

"I feel that besides the release and abandonment of animals into the reservoir, there could be many other reasons why animals are found dead like this.

"Some reasons could be littering or improper disposal of trash.

"Some animals may even get trapped inside disposed plastic bags.

"We really need to educate the public about this.

"Stop littering. Let's take ownership of our streets, our reservoirs and our home."

In response to a Stomp query, Mr Kalai Vanan, deputy chief executive officer of Animal Concerns Research and Education Society (Acres) said that while he is unable to give a conclusive reason as to why these terrapins died, they could have died due to attacks from other animals.

"We have come across cases of terrapins being attacked by otters, monitor lizards and even other turtles," said Mr Kalai in a statement.

"It is unlikely due to a chemical leak or pollution as that will likely result in the deaths of the fish as well.

"What I think should be the most Important issue to raise from this incident is how countless animals, in particular red-eared slider terrapins, are released into our nature areas."

Mr Kalai mentioned that many abandoned animals do not survive in the wild as they find it difficult to cope, especially after being kept as pets.

He also said that those that do survive become invasive.

"We also hope such images will remind people that keeping terrapins is a commitment and if you cannot commit, do not buy them."

Related Stories
Mutilated turtle found at Bedok Reservoir Park
Dead sea turtle washes up on Changi Beach with smashed shell
Woman devastated over turtle lost at Jurong West: 'I've had it ever since my dad passed away'
More About:
acres
animals
wildlife