Porsche driver watches video on phone while at the wheel 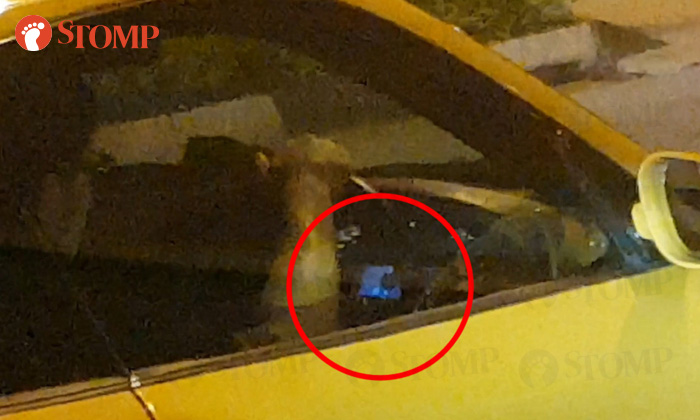 Stomper Chris was driving along Mountbatten Road at 10.07pm on Jun 3 when he spotted a Porsche driver watching a video on his phone while behind the wheel.

In photos and a video shared by Chris, the driver of a Porsche is seen watching the video on his phone while he was stopping at the traffic light junction.

The video was still playing even as he drove off.

Chris said that the cars had come to a stop at the junction of Old Airport Road and that was when he spotted the driver of a yellow Porsche on his left "happily watching a movie" on his mobile phone.

"From what I observed, from one traffic junction to another, he was watching movies throughout.

"I have never liked shooting and posting things on social media but this time, this sight really made me very uncomfortable.

"It reminds me of those fatal tragic accidents that happened recently.

"I want to create an awareness about these irresponsible drivers.

"Please be a responsible driver. Do not watch and drive."

This is not the first time drivers have been seen being distracted while driving.

On Mar 28, a cab driver was caught allegedly reading a Chinese novel while driving.

Another female driver was also spotted apparently watching a Korean drama while she was driving on Aug 28 last year.

Related Stories
Hello, auntie... your favourite drama can't be more important than your life
Cabby swipes mobile device to read novel -- while driving at 100kmh on expressway
Uncle shows how good he is at multitasking by using phone and driving at the same time
More About:
dangerous
reckless
driving
using phone while driving