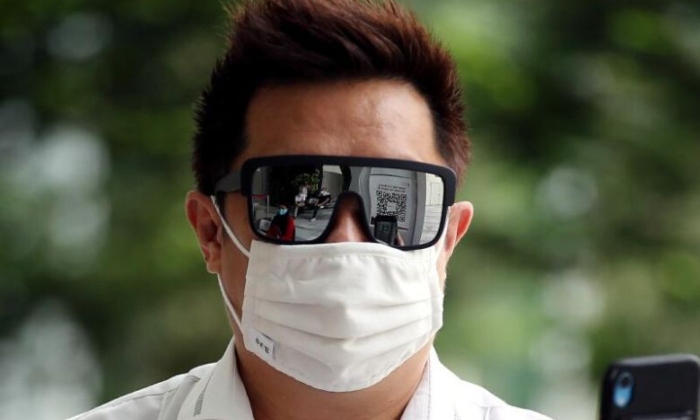 A man who unlawfully left his home to meet a woman for dinner during the circuit breaker period on April 24, was caught drink driving and speeding along Tampines Expressway (TPE) in his Porsche just hours later.

Wong Teck Chye drove at a speed of 133kmh against the 90kmh speed limit, before a Traffic Police officer stopped him in the wee hours of April 25.

The 46-year-old Singaporean pleaded guilty on Wednesday (Oct 7) to one count each of speeding, drink driving and an offence under the Covid-19 (Temporary Measures) Act.

He also admitted to an unrelated assault charge.

During the circuit breaker from April 7 to June 1, people were not allowed to leave their homes without a valid reason or meet others from different households for social purpose.

Wong flouted this rule and left his home on April 24 to meet a woman in her Selegie Road flat at around 4pm, as he was feeling "stressed" and wanted someone to talk to.

The pair then had dinner and drank beer together. Court documents did not say how they were related to each other.

He was speeding along the TPE towards the Pan-Island Expressway at around 12.45am on April 25 when a Traffic Police officer spotted him.

The policeman signalled for Wong to stop his Porsche and he complied. When the cop noticed Wong reeking of alcohol, he administered a breathalyser test, which he failed.

He was taken to the Traffic Police headquarters in Ubi Avenue 3 where he was found with at least 43 microgrammes of alcohol in 100ml of breath.

In an unrelated incident, Wong stepped out of his car and confronted taxi driver Ong Say Beng, 54, in Bencoolen Link at around 11.30am on Aug 8 last year, as he was unhappy with the older man's driving.

Deputy Public Prosecutor Kor Zhen Hong said Mr Ong then told him to report the matter to the police.

"As the victim tried to close the taxi's door, the accused's arm got caught between the closing door and the door frame... The accused forced opened the taxi door and proceeded to kick the victim's leg and punch the victim's face," added the DPP.

Wong left the scene soon after and Mr Ong called the police. The cabby later went to Tan Tock Seng Hospital and a doctor found that he had swelling on his left cheek.

For a charge under the Covid-19 (Temporary Measures) Act, a first-time offender can be jailed for up to six months and fined up to $10,000.

For assault, Wong can be jailed for up to three years and fined up to $5,000.