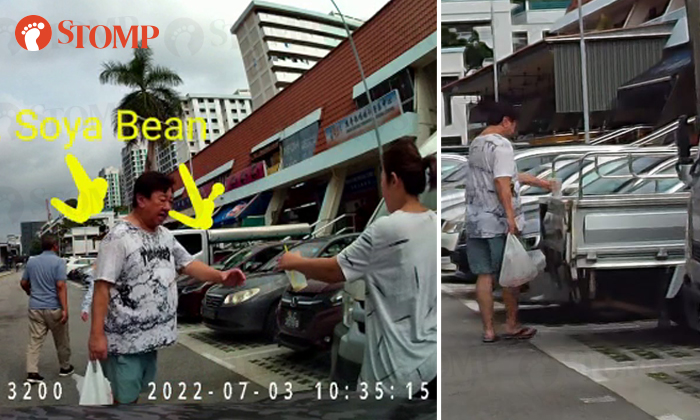 A man was caught on camera leaving his trash in the back of a parked lorry instead of disposing of it in a dustbin.

Stomper Chan shared a video of the incident that she witnessed at the open-air carpark at 1A Eunos Crescent on Sunday (July 3).

In the video, a woman can be seen passing a cup containing remnants of soya bean milk to the man as they walk along the carpark.

The man finishes the drink and conveniently places it in the back of a parked lorry that he walks past. 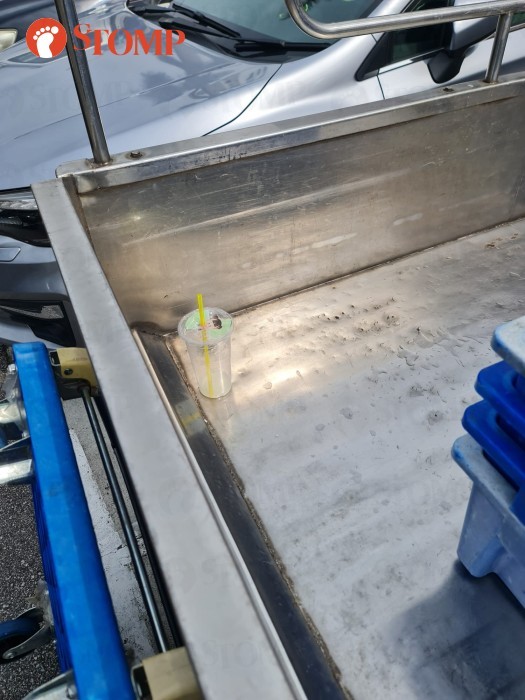 Chan said: "We captured a video of a man who conveniently put his disposable cup in the rear of a lorry on his way to his Porsche.

"By the time we got out of our car, he had already left the carpark. We went after him and only managed to capture him leaving the area in his white Porsche with license plate number SBQ8555A.

"When the lorry owner came back later, she mentioned that she is used to such treatment and helped to get rid of the trash.