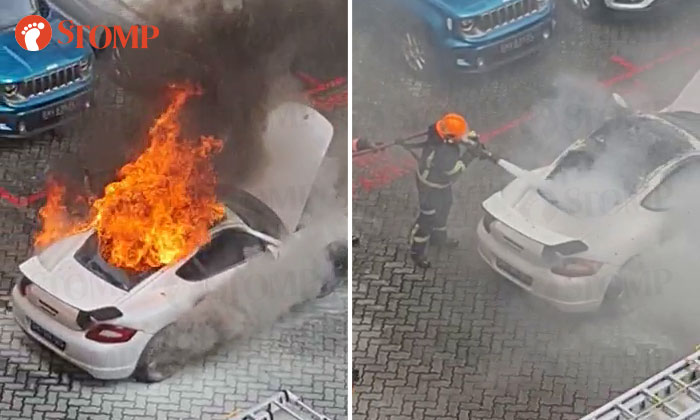 Several Stompers alerted Stomp to the incident and shared videos of smoke and flames coming from the vehicle.

One Stomper shared that he saw the burning Porsche at about 3.35pm.

"I saw a white Porsche on fire after a lot of smoke came from the front of the engine which turned it into a huge fire," he said.

"I called 995 and they arrived in less than five minutes.

"If the Singapore Civil Defence Force (SCDF) had come any later, the car might have exploded.

"One of its tyres had already burst.

"No one was inside the car at the scene."

In response to a Stomp query, the SCDF said they were alerted to the fire at about 3.45pm.

"SCDF extinguished the fire with a water jet," a police spokesman said.