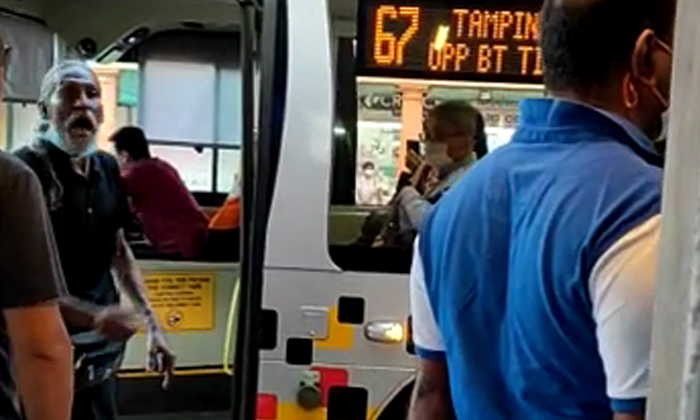 A police report has been made against a man who was caught on camera verbally abusing and spitting at an SMRT bus captain.

Stomper Rohaizat alerted Stomp to a circulated video of the incident, which occurred at a bus stop near Tekka Centre on August 13.

In the video, the man can be seen telling and gesturing for the driver of bus service 67, which had stopped at the bus stop, to "come out".

The man then started shouting at onlookers.

He also hurled vulgarities at the bus captain as he went up the bus, before spitting at him.

Ms Margaret Teo, chief communications officer at SMRT Corporation Ltd, told Stomp in a statement that the man had wanted to board the bus outside of the designated safe boarding area of the bus stop.

She said: "When the bus eventually drove into the boarding area, the commuter walked into the bus and verbally abused and spat at our bus captain.

"Subsequently, the man did not take the bus.

"Our staff has made a police report regarding the incident.

"We do not condone any physical or verbal abuse against our staff as they do their best to provide commuters with safe journeys."