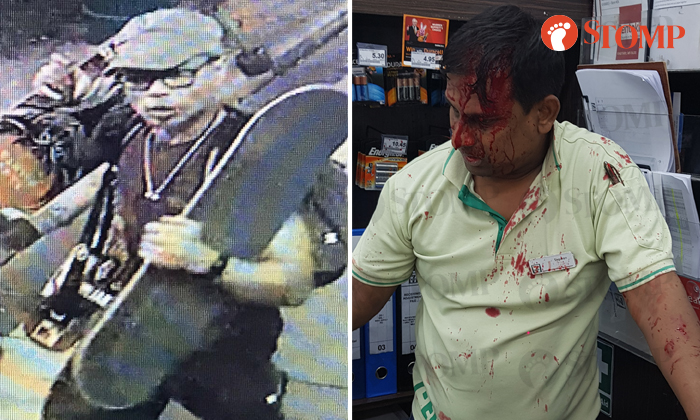 The police are looking for a man to assist with investigations into a case of Voluntarily Causing Hurt which occurred at Block 1 Changi Village Road last Thursday night (Feb 15).

The man had allegedly attacked a 7-Eleven employee at about 10.37pm after failing to buy alcohol from the store.

Stomper Firdaus witnessed the incident and shared with Stomp a photo of the injured employee, whose face was bleeding. There was also blood on his shirt and on the wall.

Responding to queries by Stomp, the police said they were alerted to the case at 10.29pm while the Singapore Civil Defence Force said it was alerted at 10.40pm.

The 43-year-old employee was conscious when conveyed to Changi General Hospital, where he received outpatient treatment.

A 7-Eleven spokesman told Stomp in a Feb 19 statement that the altercation occurred at about 10.37pm and that the male customer had gotten "angry and upset that he was unable to purchase beer at the store."

"We are also cooperating fully with the police in their investigations into this incident," added the spokesman.

The police released a photo of the suspect involved in the case in a news release today (Feb 22). 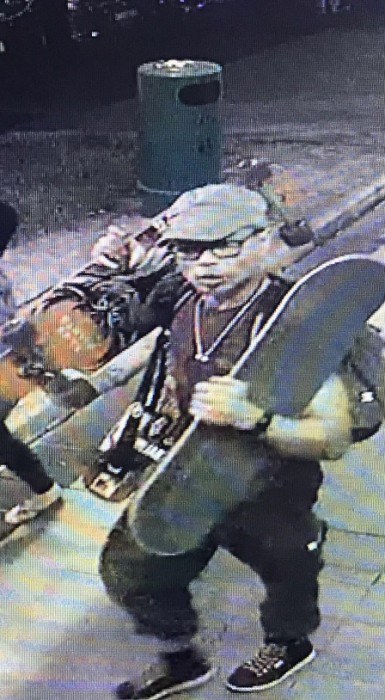 Anyone with information is requested to call the police hotline at 1800-255-0000 or submit information online at www.police.gov.sg/iwitness.