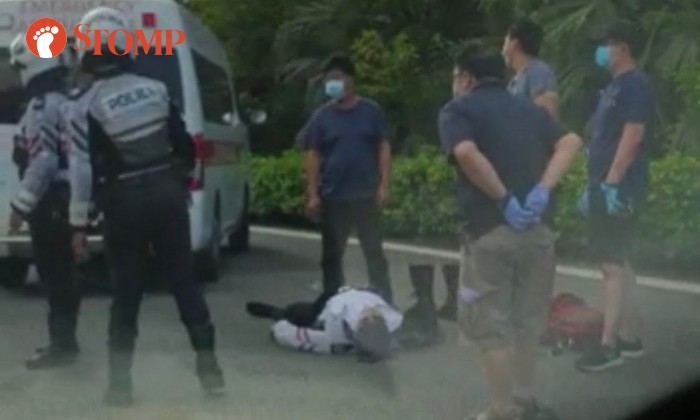 A male police officer was taken to hospital after an accident involving a Traffic Police (TP) motorcycle along the Tampines Expressway (TPE) on Friday (Aug 21).

In response to a Stomp query, the police said they were alerted to the accident along the TPE towards the Seletar Expressway (SLE) after Sengkang East Road at 4.30pm.

Stompers Richard and Anonymous alerted Stomp to the accident and sent photos and a video of what happened.

In the video, two other TP officers can be seen at the scene.

Four men can also be seen surrounding the injured officer lying on the ground.

Stomper Anonymous said: "There was a heavy jam along the TPE.

"A TP officer seemed to have been knocked over in lane one." 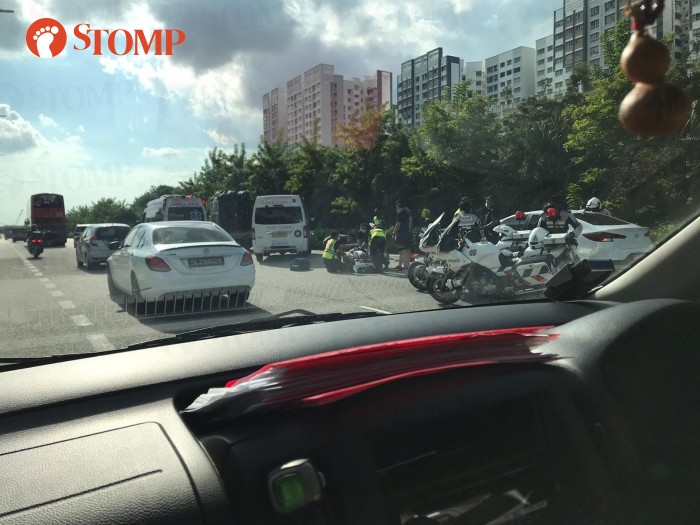 A spokesman for the police said: "The 31-year-old male police officer was conscious when conveyed to Khoo Teck Puat Hospital."