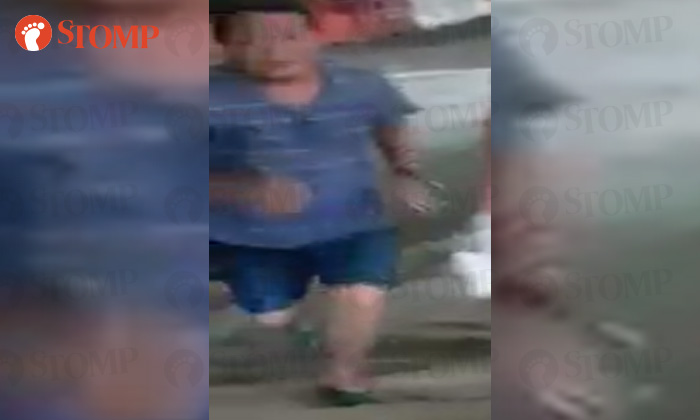 The police are investigating an incident where a woman was allegedly hit on her arm by a man after she told him to keep his dog on a leash in Ang Mo Kio on Monday (Sep 17).

According to Stomper Ms Lim, she was travelling on her personal mobility aid along Ang Mo Kio Avenue 8 at about 7.30pm when she came across a couple who were walking their dog without a leash at a road junction.

She advised the couple that they should keep their dog on a leash.

"The man shouted at me and asked me to report them," she said to Stomp in a phone interview.

"I walked away about 100 metres before turning around to take a video of them.

"The man dashed at me when he saw me taking a video.

"He then banged his elbow onto my right arm."

In a video she shared with Stomp, the man can be seen walking up a staircase quickly towards her.

In response to a Stomp media query, police said: "The police confirmed that a report was lodged and are looking into the matter."

Related Stories
Police looking into incident of man who 'monkeyed' around and allegedly punched 62-year-old cabby
Men hurl vulgarities, challenge cabby to call police after one of them walks into taxi's side mirror
Driver and woman argue after she reserves carpark lot with her body: "This is carpark, not humanpark"
More About:
dog
violence
aggressive